A desperate search for Mexican food in Prague

As a Southern California native, Mexican food is not just a fundamental part of my diet, it’s a staple. While I tried to load up on as many burritos as I could before I departed for Prague, my cravings have recently become dire, and my search for Mexican cuisine in Prague has been my most important goal over the past week. 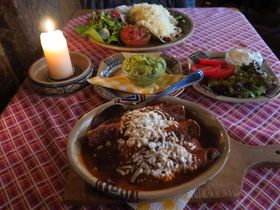 Photo: Archive of Halley Crane My initial search began through word of mouth. The first time I had heard the word “burrito” since coming here, was in a tram while eavesdropping on a Czech conversation a couple was having, when the words, “Burrito Loco” were the only two that I could understand. My ears perked up immediately and on my smartphone I looked up the location of this beacon of hope. I found the coordinates and rushed to the nearest location. Soon I was standing in front of everything I had been hoping for. A small, tableless, florescent lit, multicolored burrito joint whose menu on the board above me only displayed the simple essentials, burritos, tacos, quesadillas. While it was much cleaner than I am used to, the shop was the closest I was going to get to a hole-in-the-wall back in LA, and soon I was paying for a burrito for the first time in Czech crowns.

While the list of burrito fillings touched on all of the right points, the flavors were bland. The beans seemed over processed and the meat was luke-warm. A burrito should be spicy and filling and steaming with heat from the first bite. A burrito should be dirty. It should be messy and greasy and definitely not something you’d want to eat on a first date. Burrito Loco was not that. The concept of a nonstop, 24-hour fast food burrito joint in the middle of the beer capital of the world makes a whole lot of sense, but it is not a success. Burrito Loco has the potential to be an absolute hit, but misses the mark by just a few jalapenos. 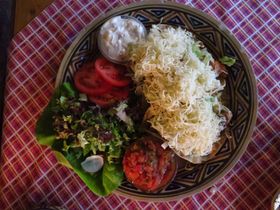 Photo: Archive of Halley Crane As my search for the best Mexican continued, I landed at Las Adelitas. The portions were small and after quickly clearing my plate, I was asking for the menu again to order something else. My enchiladas were alright, but needed a bit more spice, and cheese. I was surprised at the success of the mole sauce and guacamole, but the measly serving of black beans was unacceptable. Following the trend of alcohol consumption in Prague, the drinks were one of the highlights of the meal, especially the mango margaritas. Overall the food may have been good to a Mexican food neophyte, but for this connoisseur, my search had to continue. 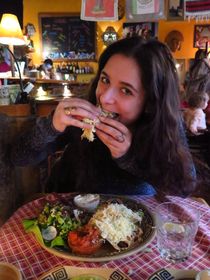 Photo: Archive of Halley Crane After a week of searching and eating, my prayers were finally answered at Cantina. Each time I called and was denied a table my excitement grew. I was finally accepted into the exclusive restaurant and shown to a table at 5pm, on a Monday for dinner. The atmosphere made me feel more at home than anywhere since arriving to Prague. Colorful adornments and bottles of Tequila lined the brick walls of the warm and cozy dining room. Burlap sacks covered the high ceilings and Acapulco plates sat on wooden tables. It was everything I was waiting for. Salmon ceviche was the first seafood I had eaten since coming to the Czech Republic, and filled me with nostalgia for the Pacific Ocean. Chili flakes accompanied fresh lime juice and offered a perfect starter to the heavy meal I was about to thoroughly enjoy. The chicken tacos could have been absolutely perfect if the tortilla had been fresher, and preferably made in-house. The vessel whose great responsibility is to hold the important delicious contents, must be strong and holdable. This tortilla disintegrated within a few bites, and although I am a master at showing my food who’s the boss, I was forced to work the rest of the dish with a fork and knife. My first bite of the Enchiladas de Res almost brought me to tears. It was everything I had been searching for, everything I had known and was desperate to experience again. The slow roasted beef tucked inside blue corn tortillas and covered with a spicy red sauce made me sink into my seat. It was the kind of ooey-gooey Mexican food that my mother coined the term for. It was the kind of dish that makes me feel like I’ve just been wrapped in a warm blanket and sung a lullaby to and all I can do is smile.

I’m happy to announce that for burrito heads everywhere, Prague can fill that craving which torments you most. Mexican cuisine may be different than back home, but certainly not unattainable. Adios my fellow foodies, and Buen Apetito! 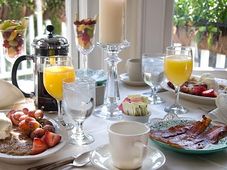 Up and at’em! Four Hearty Breakfasts in Prague

“Eat breakfasts like a king, lunch like a prince, and dinner like a pauper” – that’s my motto. I had been told that breakfast on the continent… 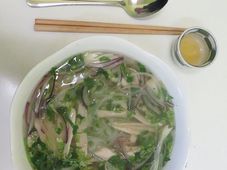 A Vietnamese paradise in the heart of the Czech Republic

For anyone in the Czech Republic wanting to experience the freshest and most authentic Vietnamese dishes, my advice is: skip the travel… 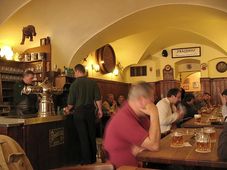 An American’s perspective on how beer and pub culture signifies the collective spirit of Czech society. This foodie travels to the…