For this week’s programme we interrupt our chronological journey through the Czech Radio archives, and go back as far as1912. Throughout this summer in Prague it has been hard not to notice posters depicting the Titanic as the great liner sank on the night from April 14-15 1912. They are advertising an exhibition of artifacts from the ship currently on show in the Czech capital. One member of the crew who survived was a young Czech waiter, Rudolf Linhart. He had been working in a London hotel in the years before the First World War and at the beginning of 1912 his dream came true when he was taken on by the White Star Line to work as a waiter for the maiden voyage of the greatest ship on earth. In an interview for Czechoslovak Radio fifty years later, he remembered the traumatic experience of that fateful night in April. 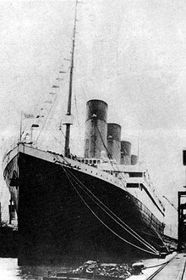 Titanic "I'd finished work and was in our cabin, up in my hammock, watching the other lads playing cards. Suddenly we felt an impact. We all jumped and wondered what it was. But then we went back to what we were doing. After five or ten minutes, someone came up to the cabin and cried: ‘We're going down!’

“I went to wake up the people in their cabins. It was just after midnight. We told them to come up on deck. Some agreed, some resisted, but it was captain's orders, so they had to obey.
I went to the rail. We told the women and children to get into the boats. At first many of the women didn't want to - not without their husbands. We had to use force to pull them away.
I was in the eighth lifeboat. I didn't know how to row, but I was given an oar. There were 40-45 of us, including six or eight crew members and it was packed. The rest were women and children. We rowed away from the ship, so it wouldn't pull us down with it. We looked back and saw the lights of the ship. Around two in the morning they went out. After that people started jumping into the water - especially towards the end. We could just see them.

“People with lifejackets grabbed hold of the lifeboat. We had to push them away, because the boat was full - they would have pulled us under. It wasn't a nice sight to see someone looking at you, with relief in his eyes, thinking that he'd reached safety. The officer had to shoot some of them. There was no choice." 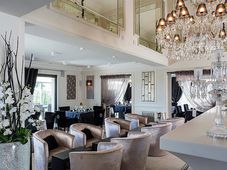 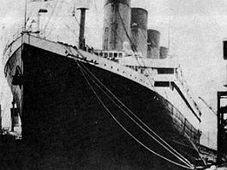 For this week’s programme we interrupt our chronological journey through the Czech Radio archives, and go back as far as 1912. Throughout… 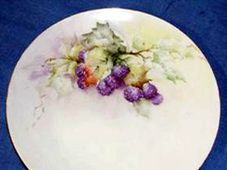 A small porcelain plate featuring a blackberry motif and made in Bohemia in 1911, has been offered for auction on the internet for…