The Cold War on the streets of Belfast

In the 1970s the Cold War was fought on many fronts. One of them was Northern Ireland, where the tension and violence that raged throughout the decade also became part of the propaganda war between East and West. At the time, Czechoslovak Radio’s correspondent in London was Karel Kvapil, who had entered the radio after the wave of sackings following the 1968 Soviet-led invasion, and later went on to become its last communist era general director. In 1977 Kvapil travelled to Belfast, to report on the Troubles. For part of his programme he spoke with women on a housing estate in a mainly Catholic area of the city:

Woman: “I saw a soldier with his gun, with a baton, and he was beating this boy like that. He was beating him and the boy had no shirt on him.”

Karel Kvapil: “How old was he, about?”

Communist Czechoslovakia was firmly on the Republican side in the conflict, and Karel Kvapil’s report was keen to portray the situation in terms of class, rather than sectarian struggle. So it is not surprising that he interviewed the head and founder of the Communist Party of Ireland, Michael O’Riordan, a veteran Irish politician who had fought in the Spanish Civil War. Here is a short extract.

Karel Kvapil: “The British government likes to pose as a guardian of democracy and human rights, but I don’t remember any British politician raising publicly his voice in condemning the torture of ordinary people in Northern Ireland. Isn’t it proof of the hypocrisy of the British government?”

Michael O’Riordan: “Well, if I say that we regard the British government as the most hypocritical government on Earth, I don’t say it from any sense of national, chauvinist, subjective reaction to the British presence in Ireland. I think I am reflecting what is the experience of the Irish people - that we’ve always seen the role of Britain as one not only of imposing terror on our people, but they have been master hands in the terms of hypocrisy.”

Karel Kvapil: “And what steps do you think should be taken to bring peace to the people of Northern Ireland?”

Michael O’Riordan: “Well, I think a very important thing in arriving at peace in Northern Ireland is the unity of the working class, the organized working class. Also what I think is very, very important is the alliance between the Irish working class and the British working people, because we are the country about which Marx first made the famous statement that no country can be free which oppresses another, and this is classical in relation to Britain and Ireland itself. The technique of what the British call counter-insurgency is being developed in Northern Ireland not only for use against the Irish people, but also for possible use against their own peoples in capitalist Europe itself. This makes the point that there is a need to internationalize the support of the working people of Europe, and we would like to express our appreciation of the help, the sympathy and the solidarity expressed by the working peoples of the socialist countries – people of the Soviet Union, Czechoslovakia and the GDR, who have come out clearly in helping to expose the British internationally in their alleged campaign as peacekeepers in our country and as the ones who are first-class champions of human rights etc.”

The episode featured today was first broadcast on April 16, 2009. 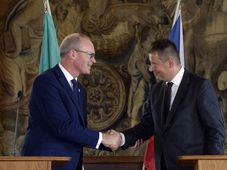 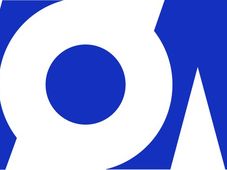 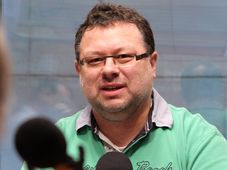