Will Lawther and J. B. Priestley: the British left and post-war Czechoslovakia

During World War II, the political left in Britain and the United States had come to identify itself strongly with the fate of the Czech nation. This was partly a reaction to the shame of Munich in 1938, when Czechoslovakia had been abandoned by her allies, and it was reinforced by the role played by the British miners in launching the Lidice Shall Live movement. This had followed the Nazis’ destruction of the Czech mining village of Lidice in June 1942. In this spirit the president of the British Miners’ Federation Will Lawther, came at the end of 1945 to lay a wreath at the grave of the men of Lidice.

“Speaking on behalf of the British miners, we pledge ourselves that we shall do all that lies in our power to see that the motto for which we were responsible, that Lidice Shall Live, shall be accomplished as a living reality, so that future generations shall enter this holy ground, determined to see to it that never again shall such a foul deed be perpetrated against anyone.”

Another representative of the British left who came to Czechoslovakia - in October 1946 - was the playwright, novelist and broadcaster J. B. Priestley. He spoke of his impressions.

“I expected to find Czechoslovakia looking much more damaged and shabby and dingy after its experiences of the last few years. I thought the country would be only just beginning to recover and that everything would look far from being normal. But I was pleasantly surprised right from the first to discover that you are much further on in your recovery than I would have thought possible. Although the signs of battle can still be seen on some of your roads, such as the abandoned and shattered German war vehicles, the war has been left behind and the whole country is going ahead at a fine speed. People here seem to be full of vitality and hope, and a good public spirit, ready to face the future with confidence and showing all the signs of that fine spirit that made Czechoslovakia one of the model democracies of the pre-war world. In edition to that, I’ve found in many of your young people, both intellectuals and workers in mines and factories, a grand socialist enthusiasm, based on the firm belief that we are now capable of creating a society based on social justice.” 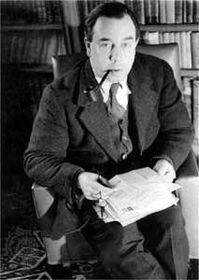 J. B. Priestley J. B. Priestley was speaking six months after parliamentary elections in Czechoslovakia, which had seen the Communists emerge as the strongest single party. Underestimating the malign influence of Stalin’s Soviet Union, Priestley was hugely confident in the country’s future.

“I believe with all my heart in socialist democracy, which is what we are trying to create in Britain, and as you are engaged in the same task and a little further ahead of us, I want to come back to see how far you’ve got and to see if we can learn anything from you. Already I know that there are some things you do better than we do, in the mines for instance… And I only hope that more and more we can not only enjoy each others company but can go on learning from each other. And now, please imagine I’m shaking hands warmly with all of you, as I say, thank you for letting me see this fine, brave, democratic country.”

At the time J. B. Priestley was speaking, Czechoslovak democracy had just over a year to live - before the hard-line Communist coup of February 1948.