Czech singer and composer Marek Ztracený is on a winning streak. The small-town boy who came to Prague with one song to offer producers has just released his sixth album and sold out Prague’s 02 Arena.

Czech singer and one of the country’s most prolific composers, Marek Ztracený, arrived in Prague as Mirek Slodičák –a guy from a small village in the Šumava mountains with a guitar, a leather jacket and the dream to one day sell out Prague’s 02 Arena.

His stage name – Ztracený - which translates as „lost“ was also the title of a song on his debut album in 2008 which made him an overnight celebrity. That same year he was voted Newcomer of the Year in the Andel Music Awards and he hasn’t looked back since. He was the opening act for Beyoncé on the Czech leg of her I Am...Tour in 2009.

Today he has six albums to his name –the latest titled –A Planet Named Stress - out just this year. In February he sold out Prague’s 02 Arena where, at the height of his triumph, in the middle of the live concert –he asked his live-in girlfriend and the mother of his six-year-old son to marry him.

Right now they are building a home in the Šumava Mountains –where Marek was born and he is involved in Czech Radio’s string of Concerts For A Better Mood – in a bid to cheer people up during the coronavirus epidemic. In a recent interview for Czech Radio Marek said he was afraid he would wake up and find it was all a dream.

Vojtěch Dyk, a well-known Czech musician and actor, decided to do something different for his latest LP. Dyk, who is 35, abandoned… 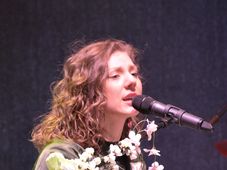