The Czech start-up company Plastoil Europe has developed recycling technology that can turn most ordinary plastic waste into oil. The company’s first fully functional mobile unit – over eight years in the making – was recently unveiled and will be brought to market this year. 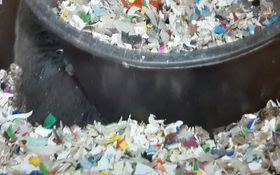 Photo: Czech Television Optimus, as the company calls its mobile technology for converting plastic waste into oil, works through the chemical process of “thermal depolymerisation”.

In essence, intense heat decomposes plastic polymers, which are reformed and distilled back into a synthetic liquid form – reversing the original process used to produce such goods from petroleum products.

Petr Kalianko, CEO of Plastoil Europe, demonstrated and explained the basics of the process for Czech Television at the recent unveiling of the Optimus mobile unit: Petr Kalianko (left), photo: Czech Television “In the evaporating vessels, the liquefied plastic evaporates and condenses. It flows out and cools to a temperature of about 100 degrees Celsius, and is then suitable for further use.”

The resulting oil may be used in industry directly – for example, in the petrochemical, refinery, power, and transport industries –made into an ecological fuel, or recycled plastic. Chemical engineer Lubomír Lukač, a consultant on the project, explains: 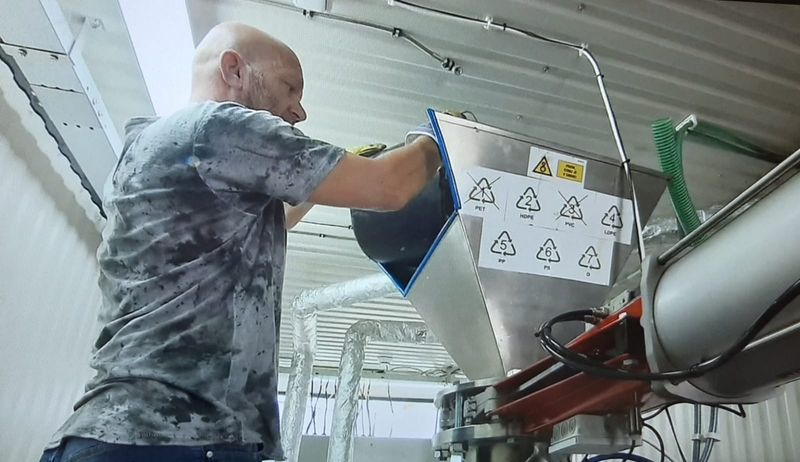 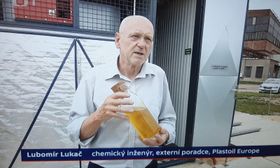 Lubomír Lukač, photo: Czech Television “There is no difference between this product and one made from petroleum. It means it can end up in either in petrol or diesel fuel. As for plastics, it basically ends up in pure polyethylene, in pure polypropylene, in pure polystyrene.”

Ten years ago, the Optimus lab prototype had a capacity of just 2 kilos. The first test unit in the field, rolled out in 2012, had a capacity of 200 kilos per day. After years working to improve overall efficiency, it is ten times that again. 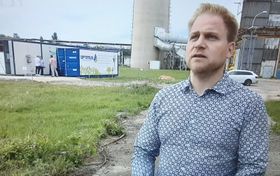 Eduard Wipplinger, photo: Czech Television “Most potential customers are waste companies, or municipal companies, and waste management operators. But there are also customers who are independent investors looking for opportunities to turn waste into resources.”

What’s more, Optimus is housed in its own ISO container (to facilitate shipping and truck transport) and readily connects to multiple devices (modules) together, to boost the scale of production.

All of which is enormously important. According to some estimates, at the speed with which we dispose of plastic products – bottles, bags, and disposable cups – by 2050, there will be more plastic in the ocean than fish.

The Optimus project is backed by the Czech group Active Development Investments, which owns and operates heating plants in the country and invests in related start-up projects and companies.