The zoo in Pilsen has recently launched a breeding programme of the critically endangered maneless zebra. There are currently only around 40 of these animals in zoos around the world, most in the Czech Republic and Slovakia. The aim of the breeding programme is to secure the survival of the species by building a viable captive population.

The maneless zebra, a highly endangered subspecies of the Plains Zebra, looks almost like its relative. However, at the age of two or three years the animals shed their manes.

There are currently only around 300 maneless zebras living in the wild in the grasslands and savannah woodlands in north and northeast Uganda, explains Tomáš Jirásek of Plzeň Zoo:

“The only known population of the wild maneless zebra is located in the Kidepo national park in the north of Uganda. There are between 200 and 300. Another 40 or so have been recently spotted in the nearby Pian Upe reserve.

“Some animals might also be living in the border area in South Sudan, but due to the political situation there and the safety risks, we don’t have enough information. 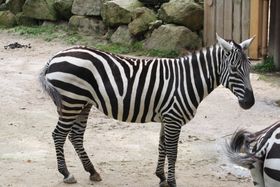 Maneless zebra, photo: Jiří Sedláček, CC BY-SA 3.0 “The maneless zebra population has been brought to the brink of extinction, mainly due to poaching and the loss of natural habitat, caused by grazing.”

There are currently only around 40 maneless zebras living in captivity in 11 zoos around the world.

The captive breeding programme was established back in 1969 by the Dvůr Králové Safari Zoo, which was the first to import the maneless zebras from Africa.

These 10 zebras captured in the wild are the ancestors of today’s entire zoo population.

The zoo in Plzeň is phasing out the breeding of another subspecies, known as Chapman zebras, in order to dedicate more space to maneless zebras, says Tomáš Jirásek:

“We joined the initiative of the Dvůr Králové and Liberec zoos, and together with the zoos in Prague and Košice we want to create a sufficient space for breeding this subspecies.

“Just like with other animals, we want to use our breeding capacity to save the animals, which are endangered both in nature and in captivity.”

At the moment, there are three maneless zebras in Plzeň zoo. The two adult females and a stallion arrived a few weeks ago from a Polish zoo and hopefully will soon produce some foals.

“At the moment, we want to stabilise the population of maneless zebras in zoological gardens around Europe and we will of course continue to monitor the situation in the wild.

“If there is a need in the future to enlarge wild herds in Africa or to establish new ones, maybe some of our animals could be eventually released into the wild, but there is still a long way to go.” 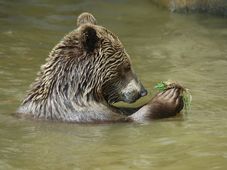 A number of preventative measures introduced to curb the spread of Covid-19 were lifted on Monday. Among those fresh changes the country’s…

Amid the doom and gloom of the coronavirus epidemic, Prague Zoo has announced a piece of good news: the birth of an elephant calf.…