Easter Market at Toulcuv Dvur farmstead in the Prague 10 district

I bet I went to the very first Easter event that took place in Prague this year. It was held two weeks ago at Toulcuv dvur - or the Toulec farmstead - in the Prague 10 district, pretty far from the city centre. When I stepped off the bus, I was 100 percent sure about being at the right place - there were young families with little children streaming to the farm's gate. I could hear a noise that jousting knights usually make - and that was exactly the case! But apart from knights sitting on their makeshift paper horses, there were a lot of other things to watch - because I found myself at an old-style Czech Easter market.

Tomas Komrsy is the man responsible for the Toulec farmshead's operation, and he told me more about it and its activities throughout the year:

Naturally, I was interested in the Easter market which had just got underway, and asked Tomas whether this was a market typical of the season?

Well, it was near noon, and I saw several fathers making thrashing rods for their boys, as one of the typical Czech Easter customs is thrashing young girls on Easter Monday - it is supposed to make them look beautiful. But then I entered a large building - the core of the whole complex, where I talked to another organizer, Mrs. Marie Moravcova. By the way, she told me that the part of the complex we were in used to be a huge shed, where in the 18th century some 350 sheep had been kept! I could see dozens of small stands or just tables, covered with all kinds of stuff related to Easter: painted eggs, mugs and jars with various patterns, jars full of home-made jams and honey, home-baked gingerbread figures, bed linen of bright spring colours, you name it. So I asked Mr. Moravcova, where were those people from, how she succeeded in getting them all for this particular venture?

"It's fun, but the world is small - and I started with my friends who shared my hobbies. We held the first old-style Czech market on Christmas five years ago, but only a few enthusiasts were involved back then. However, they liked it a lot, they told their friends and so the number has gradually been growing. It's usually people who love old traditions and like to show to others what they can do. The women here are mostly graduates from various kinds of courses of folk art."

Mrs. Moravcova went on to say that everything that used to be part of genuine old Czech Easter markets could be seen at Toulcuv dvur - the only person lacking was an old lady, called in Czech 'babka pucalnice', who used to offer peas which had already begun to sprout. The peas were then roasted on a stove, and sold out - sweetened for kids and with salt and pepper for adults.

When I walked round the stable, I saw men offering clappers and whistles made of young willow branches, but one of them told me it was too early yet for the sap to be in full strength, so it was a hard job to make a whistle that would produce a good sound.

Then I saw a lady offering giant gingerbread cookies and I was told that Mrs. Novotna had made them using the oldest method known:

"It's gingerbread made using wooden moulds. The dough must be properly solid, so I usually make it - from flour and honey - a month before I start baking. Then it is pressed into wooden moulds, which I myself have carved at home, using old-style motifs. When you turn it out, you bake it in an oven and it's highly recommended to coat it several times during the baking. People use various liquids, I coat it with diluted coffee to make it look more three-dimensional when it's finished."

But Mrs. Novotna disclosed to me that before baking, she leaves the ginger dough for one day, and when it's baked it can retain its look and consistency for some five years, although it also tastes delicious when one eats it. Gingerbread pieces shaped like medieval riders and princesses looked fantastic to me, and it was easy to imagine them as a kitchen decoration.

Painted eggs are the main symbol of Easter in the Czech Republic, although chocolate eggs might taste better to some. This is a custom that many people practice at home, because one can get egg paints and colourful stickers at the chemist's. I saw eggs of many patterns and colours, but finally I approached a stand when I saw colourful eggs with various materials woven round them. I went to the lady who was making them, Hana Berankova, and she told me more about her unique techniques:

"There are three kinds of wrappings - you can weave a thin wire or a thread with beads round the eggs, or you can crochet round the eggs. I usually work with artificial eggs, because real Easter eggs - after you've blown-out the yolk and the white - are very fragile. You have to tighten the wire or thread quite often. First I was trying really hard, but it happened more than once that in the very final phase the shell cracked, and all my work was in vain. So I buy colourful artificial eggs and when I decide what technique I will use, I do it either on my own design or I have books with all kinds of beautiful patterns and choose what I like best." Easter is observed by the Western Christian churches on the first Sunday following the first full moon after the spring equinox.… Easter is fast approaching and Prague seems to be well prepared for celebrating. While painted eggs, thrashing rods and chocolate… 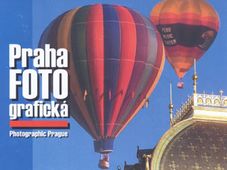 Easter Market at Toulcuv Dvur farmstead in the Prague 10 district

The 4th annual 'One World' film festival featuring documentaries on human rights starts in Prague on April 10th. One of the changes…