From Baroque spirituality to guitar improvisation

In the Arts this week we visit two concerts and look at two rather different musical projects. The first one is an international guitar festival Guitar Across Styles. The second is a musical group, the Czech Chamber Ensemble which has a passion for Czech baroque music. 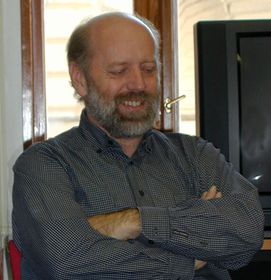 Stanislav Barek, photo: Martina Schneibergova This is the sound of Stanislav Barek on the guitar. Stanislav Barek is the director of the festival called Guitar Across Styles. I met him at one of many guitar concerts on offer here in the Czech capital until the end of November. A few minutes into the piece one of the strings broke and Stanislav Barek had no other option than to use his friend's guitar - an experience he compared to making love to a new woman. Stanislav Barek founded the festival himself in 1998 for a simple reason - the absence of a guitar festival in Prague. The main idea of the festival today is to present various styles on the acoustic guitar. Stanislav Barek explains. "Today we have the possibility to invite the best musicians in the world. It was not possible at the beginning because we didn't have so much money. The festival is well known today, not only in the Czech Republic but also around the world. We want many styles. We want people from jazz and from finger picking. Guitar as an instrument is typical for Spain. Therefore we organize a flamenco concert every year."

With musicians of eleven different nationalities the festival has grown significantly in size. At the same time it gets more attention from Czechs who like to think of themselves as a very musical nation. One way or the other the guitar is a very popular instrument although in Stanislav Barek's opinion it is still not usually perceived as a solo instrument. I was curious whether there was any Czech guitar speciality.

"Mostly classic guitar. Because at most of conservatories students study classical guitar. I think we have good jazz guitarists. Other styles do not have such a rich tradition. My style is finger picking. I think that it is the way for young guitarists from conservatories to play something different, because the situation with a classic guitar as such is a bit complicated. There are many good, very good guitarists in the world so there is lots of competition." 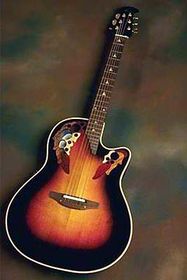 Andrea Benzoni, who composed this song for his wife, but also wrote a special piece for Prague, inspired by a chilly autumn night and of course the city's beauty. Andrea started playing guitar at the age of fourteen in his native Italy and has since then performed all over the world. All four of his concerts at the festival were sold out and very well received.

"I had a chance to play not only in the downtown of Prague but also in little towns on the edge of the country. We had so many people at the concerts. They were so happy and listened for more than an hour. It is not popular music that we play, it comes from classical guitar but the people paid so much attention, they cared so much. It seems to me that in the countryside there are more people that pay attention to music and culture."

I talked to Andrea before his last concert at this year's festival in Prague. But he hopes to come back and meet many other good musicians. This year Andrea was back for the third time, and so he has been able to witness the festival expand.

"It is getting bigger but the way of thinking is the same. It was good then and it is still good now."

Ritornello, photo: web.quick.cz/ritornello "If each era has seen the World from the perspective of "its" discoveries, and so today we give them such retrospective titles as 'The Stone Age', 'The Bronze Age', and 'The Iron Age', what will our grandchildren (if there are any) make of our present era? 'The Plastic Age' maybe. We may laugh but 300 years from now future archaeologists may well start researching the rubber surfaces of old chewing gums spat out at bus stops."

These rather gloomy words were written by Michael Pospisil the front man of the chamber ensemble Ritornello.

"I am not attacking this age. I am just attacking its flaws. There are so many impulses that sidetrack us. We don't have enough time to pay attention to ourselves and the best things about ourselves. There are so many media that fight for our attention - all different machines with buttons that we press as soon as we get up in the morning. We turn on a TV, a radio or a computer. It is 'a button war'."

says Michael Pospisil about his aversion to our age where as he says dirt has to be separated from dirt and dust from dust. Michael Pospisil has found his refuge in music, to be precise, Baroque music from the 17th and 18th centuries, which he performs together with the loose ensemble Ritornello. The core is made up of just two or three musicians who play more than two instruments from the period. 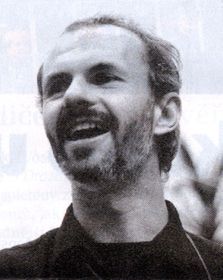 Michael Pospisil "I am the one that searches archives in order to find songs, compare it with other music from that time, notice all hand made changes, corrections of any mistakes. Then I have to think about it, I think about an idea behind the music and think about the way we can work with it and perform it. I don't think it is old music. It is still alive music. Plenty of music was not allowed because of communism, because of its spirituality. This music is like a parable, because there is always a moral that makes us a little bit better. This was pop music at the time when it was created. There were no tapes and buttons to be pressed in order to get music. If someone wanted music he had to sing himself."

Ritornello was established in 1993 and has now released its seventh CD named Zdoro Slavicek. It is a compilation of 52 songs originally used for prayers in private. They became so popular that they had been turned into chorales. Now they are back again for us to enjoy.

Jana Lewittova sang at a concert organised to release the new CD. She is one of the ensemble's singers and also plays a number of string instruments. She explains the magic of baroque music.

"It is very simple and very gentle very spiritual and meditative and calm and at the same time beautiful. However the lyrics are something I have to get to understand. It is Baroque Czech and it is very Catholic but I am not a believer. I am of a Jewish origin so I have to get into it and to be happy with it."

The atmosphere at the concert was very relaxed. Here are the impressions of a couple of people in the audience.

"It was some time ago when my friend told me that this group of people played baroque music the same way as it was originally played. I have got their CD "Czech Lute" and I think it is great. I don't know this band awfully well, but their music is close to me. When I look at Baroque pictures I have the impression that people had more time to think about their lives and to live the world around them."

"I like the atmosphere here, the place and this kind of music. I admire the passion of these people. I went to their concert last week and one could feel the devotion of these musicians. I am a romantic person and I find this music romantic and uplifting. It makes me think." 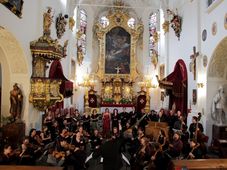 Jan Dismas Zelenka is considered one of the most significant baroque composers, yet his music had been largely forgotten after his… 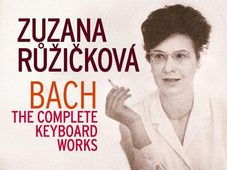 In today’s edition of Sunday Music Show we mark the 90th birthday of Zuzana Růžičková, one of the world’s leading harpsichordists.…

Zuzana Růžičková at 90: Other music was exciting, Bach was almost deja vu

The internationally-renowned harpsichordist Zuzana Růžičková will celebrate her 90th birthday at a special concert in Prague on Saturday. After…