This Friday sees the start of the International Festival of Outdoor Films in Ostrava, the largest festival of its kind in the Czech Republic focussing on adventure, travel and extreme sports. This year, the travelling festival will visit a total of 43 towns and cities in the Czech Republic, neighbouring Slovakia and also Russia. 'Congo – The Grand Inga Project', source: official website of the festival Feature length films in competition include Congo – The Grand Inga Project by legendary kayaker Steve Fischer, about descending the world’s most dangerous rapids, and shorter documentaries such as Hráč bez limitu (Player without Limits), about adventure cyclist Jan Kopka – the only Czech to win the Iditarod bike race across Alaska. Both films are discussed in my interview with the festival’s project manager David Křetinský, but first I ask how advances in technology have allowed filmmakers to more successfully map some of the toughest areas of the globe.

“Let’s say it’s a very important factor that today each of us can buy smaller, more lightweight and also less costly equipment than ever before. If you think about it, someone filming their odyssey will have to take an additional 25 kilos on their back than a regular sportsman or woman. We’re talking about people who can be in very dangerous conditions in the mountains, where temperatures are often below 40 degrees Celsius. So lightweight equipment can make a big difference and it also levels the playing field or puts on more equal footing, amateur filmmakers and professionals in tough areas.”

Is it fair to say that we are now seeing areas in adventure films or extreme sports that weren’t so visible or accessible before?

“Yes, definitely. If you are talking about mountain, areas of around 8,000 metres for example, there has been a difference. Places where conditions are very tough. Free skiing, places where it s very steep have become more accessible visually.”

For many sportsmen and women it would be enough to simply “be there”... what do you think it is that drives some to the art or craft of filmmaking. Is it the need to get across something of the experience or are there additional factors?

“There are many of course. It is also about auteurship, fashioning the story, telling it in a certain way. Showing something in a new way and telling the story.” 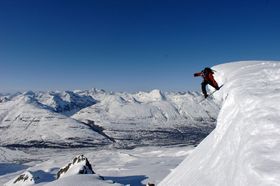 'First Descent', source: official website of the festival Many of these films are emotional, showing protagonists in tough situations. How, generally, does that translate on the big screen?

“I think that is one of the big attractions of these kinds of films. The emotions on screen are real, the situations people are experiencing are often not enacted, it is what is happening. If someone is crying from the cold, it’s real. These are not stories with actors in made-up situations.”

How many films are you screening this year?

“We received around 100 entries and from that the jury selected 58 films – 51 to compete and seven for non-competition and films come from all around the world, 15 different countries including Mexico, the Czech Republic and Brazil.”

What are some productions this year that viewers shouldn’t miss?

“There are many but I would single out two in particular. One is a feature-length documentary by Steve Fischer trying to take on the world’s most dangerous or cruel rapids: Congo – The Grand Inga Project. I like this movie because it has everything: a nice storyline, great kayaking, a connection with the difficult history of Congo, it really has a lot. Another I’d mention is called First Descent and it’s about the best five snowboarders on the planet who compete in Alaska in the most difficult terrain. The movie is a mix of their stories as well as the history of snowboarding itself.

"Of course, there are four categories so different members of the audience will have their own preference. The four sections are labelled by the letters A through D: A stands for extreme sports in nature, form biking to skydiving; B is mountain climbing and mountaineering; C stands for adventure water sports, including cliff diving, and the last is D, which covers travel films.”

One of the Czech entries is about extreme mountain biker Jan Kopka, who won the Iditarod bike race in Alaska a few years back. There is one moment in particular that is very touch-and-go...

“His race across Alaska was incredible. I find it hard enough to bike 100 kilometres... he went almost 2,000 through the Alaskan wilderness in winter! At one moment he slips and steps into water when it is -40 degrees out and he has to think and act very fast so that his limbs don’t freeze. Hardly an ideal situation and it is all about emotion and how he handles the situation.”

I wanted to ask about social networks and their importance for your festival?

“They are important and we have connected our main website with facebook so there is discussion and feedback. It was a result of facebook that we got the Congo film for example that I mentioned. Last year in Kroměříž one of the attendees wrote to us about this film, suggesting we should to screen it. So we said ‘Okay, let’s try it!’. And a year later it is one of the films being screening. So that kind of communication is valuable and it works.” 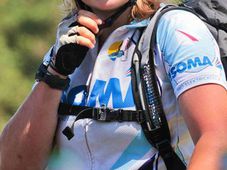 Mountain biker Markéta Peggy Marvanová: the thrill of adventure racing is being in Nature 24/7

Markéta “Peggy” Marvanová is a Czech mountain biker specialising in adventure racing. At the age of just 18, she won the annual 1000… The International Festival of Outdoor Films has been bringing quality documentary, travel and extreme sport films to the Czech Republic… 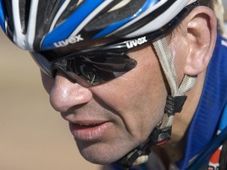 Jan Kopka – Adventure racing as a way of life

In today’s One on One, I talk to Jan Kopka, a well-known mountain biker who specialises in extreme (or adventure) racing. His first…