The International Festival of Outdoor Films has been bringing quality documentary, travel and extreme sport films to the Czech Republic and Slovakia over the last decade. In its 10th year, this year’s inception, which kicked off in Ostrava in October before travelling from town to town and city and city, is more than halfway through. In early December it will wrap up in Prague with the winning films announced. 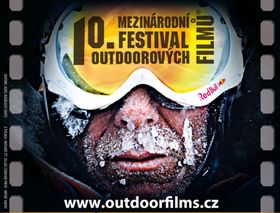 Project Manager David Křetinský told me more about this year’s inception as well as the festival’s history.

“I have been involved with the festival for two or three years but if I can speak in the name of its founder and director George Kračalík – the idea was to bring films the audience would probably not get a chance to see. He was the owner of a travel agency at the time and a traveller too, so that was the impulse. The festival, however, first had to find its audience and for that reason he came up with the idea that it would not be held in one place for people to come but that it would travel from city to city, that it would come to viewers in their home towns.”

How has it changed over the years? Has it earned a reputation?

“In 2003, it was held in only three cities: Ostrava and two others. The start of any new project is always difficult but over the years the festival grew and now takes place in 35 towns and cities not only in the Czech Republic but also Slovakia.”

How much has the size of the audience increased?

What is the difference when viewing a travel or adventure film on the big screen, as compared to TV? 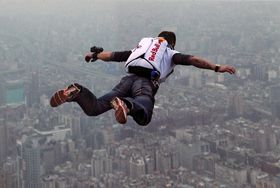 'Felix Baumgartner Story', source: Festival of Outdoor Films “Well first off, contrary to what your are suggesting many of the films shown at our festival don’t end up on TV at all. A major problem is that some films just aren’t sellable because of their format: they might be 10 minutes in length when for TV they need it to be at least half-an-hour long. Another big difference is that these are still films where you can still see ‘reality’. A lot of TV production is fiction and actors dominate. Here the emotions are real: if someone is crying from hunger or after suffering a fall, or is in danger of dying, that’s what is going on. It’s based in reality.”

Are fans of the festival, a lot of them time, active themselves in extreme sports or travel?

“It is difficult to say a percentage although some of them certainly are. There are others too, who appreciate these kinds of films because they transport them somewhere they’ve never been and show them places or situations they could otherwise never experience. There are various spectators because we have various kinds of films. A lot of it is about learning about or experiencing a different lifestyle. There are four categories of films in competition: a) adventure and extreme sports film, b) climbing and mountaineering, c) water sports and d) travel films.”

What percentage of films entered are made by Czechs?

“The number this year is high: about 80 percent from the Czech Republic and Slovakia, and the rest from the rest of the world.”

What are some entries that have been getting good feedback, which you could recommend? 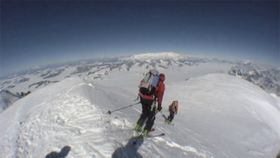 'Mount St. Elias', photo: official website of the movie “I’ll mention two: one is ‘The Felix Baumgartner Story’. Baumgartner of course made world headlines not long ago with his sound-barrier breaking freefall from the stratosphere – the highest such jump every attempted. The director of the film is Gerald Salmina and another of his films is also in competition called ‘Mount St. Elias’ and it is the breathtaking story of a couple of heroes who try to reach the peak and do the longest descent on skis in the world.”

In your time at the festival I am sure that there have been a lot of films that were unforgettable: are there any, even from past years, that you still recall?

“One was called ‘Alone on the Wall’ about 23-year-old solo climber Alex Honnold who des free climbing: that is, without rope. In the film, as the one person in the world, climbs a cliff around 600 metres in height. And that is incredible.”

What is it that drives people to come up these kinds of challenges and what is the difference in climbing a cliff face like this with a safety rope and without?

“I myself climb a little bit, of course, always with rope and the difference is in the level of freedom. If you free climb everything is only up to you: your mind, your hands, your legs. This is the main thing: you have to be a very strong personality to do that. If you make any mistake it is obviously the last one.”

It must take many months if not years to build up to something like that...

The festival is now in the final stretch: what remains? 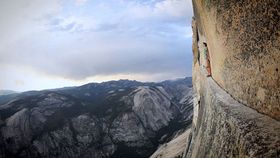 'Alone on the Wall', source: Festival of Outdoor Films “We are gradually beginning to prepare for the closing ceremony where the winners will be announced but it was a very active festival this year with many events. Even before it began there was a series of pre-fest events in Ostrava called Outdoor Ostrava where there wall kinds of things visitors and kids could take part in: a breakdance show, a free ski and snowboard contest, a rope centre for climbing and much more that set this year’s fest apart. Lots of well-known personalities in sport and culture were also involved. So we are very happy with how things have gone. The final evening on December 8, for those who won’t be at the closing ceremony, will also be broadcast live on TV Noe.” 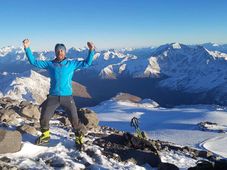 Czech mountaineer Radek Jaroš is yet another step closer to conquering the highest mountains of each of the seven continents, the so-called…

This Friday sees the start of the International Festival of Outdoor Films in Ostrava, the largest festival of its kind in the Czech… 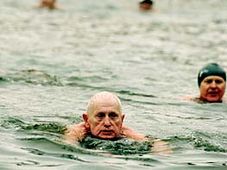 Doctors are trying to get Czechs to eat carp all year round, not just at Christmas. Political opponents raise their voices in song…