Helena Trestikova's early documentary Manzelske etudy or Marriage Stories is one of the few Czech television programmes from the communist era which still stands up well today In this groundbreaking work, Trestikova used the filming method that was later to become her trademark by charting the destinies of six newlywed couples in real time, revisiting and recording their stories over a number of years. The end result proved a big hit with viewers when it was first broadcast in 1987. Now, Helena Trestikova has returned to her original subjects nearly two decades later.

This new series is currently being broadcast on Czech TV along with a rerun of the original episodes. Seen together, these documentaries provide a poignant and absorbing portrait of the passage of time and the impact it has on people's lives. But besides mapping how her subjects' marriages evolve, Trestikova's documentary also offers a fascinating insight into the cataclysmic social changes that have taken place over the last two decades. Martin Stoll is a senior editor with Czech Television's documentary department.

"I don't if know it's coincidental. The main topic of this programme was to continue or follow the stories of the married couples. But this moment, and these new conditions of living as we move out of socialism, happened to provide the backdrop to the next instalment of their stories. And this environment is very interesting. It's hard to believe your eyes when you see the old episodes and to think that we actually lived that way once."

Besides mapping the social changes that have taken place in Czech society, Trestikova's documentary also highlights the changing attitudes towards marriage that have emerged in recent years, something which Martin Stoll sees as very pertinent in a country which now has a relatively low marriage rate and one of the highest divorce rates in Europe.

"In the 1980s, for example, there was a problem with flats and housing. If you were married it was easier to get a flat. Now the conditions are totally different. The conditions are so different from the 1980s, that now marriage is purely a personal issue. Back then, it was a strategic decision, as a way of moving out from your parents. You can see this by looking at the old films. You can see how we used to live like that."

The fact that half the original married couples are now divorced, which exactly mirrors the Czech divorce rate of 50% helps to further emphasise the social relevance of this documentary. But, as Helen Trestikova herself points out, Marriage Stories also touches on other pertinent social issues:

"The first part was shot in the 1980s, and people's lives were the same - well not the same, but very similar. What's interesting for me is that the differences between people now are much wider. Take unemployment, for example. This was impossible under socialism. Every man and woman had to work. It wasn't just a right, but a duty."

Although many of the couples have managed to adapt to their changing environment, Trestikova says some of her subjects have found it difficult to cope with the economic and social upheaval they have experienced:

"A girl who was the child of one of our couples looked for a job after school and she was not successful. For me, this was a very interesting experience: That a young woman was one, two or three years without any experience of work. She was at home without prospects. It was a very depressing experience."

Tragically, there was no happy ending for this girl, as she was run over by a train and killed shortly before the second part of Marriage Stories was due to be broadcast.

Martin Stoll says such wretched, unscripted occurrences are an indication of how true to life Marriage Stories is. In many ways, it offers a much more faithful view of real life, than many of the so-called Big-Brother-style reality shows that are currently dominating Czech commercial TV schedules:

Given the "warts and all" nature of Marriage Stories, Helena Trestikova says watching the documentary was often a rather disconcerting experience for her subjects:

"I think it was a real psychodrama for them. You have to imagine that they were observing their life over six years, and certain periods were very dramatic in some stories. Some of them called me after their documentaries were screened on TV and they gave me their feedback. It was very interesting and generally the feedback was good."

Now that Trestikova has finished the second instalment of Marriage Stories, she plans to return to other documentary subjects, which she has also been following intermittently for many years. But she doesn't rule out revisiting her married couples sometime in the future:

"I hope that I can continue with them after five or ten years, and I think that these people will agree with this. But I am working on other long-terms projects because it is my specialty. So I guess I have a programme laid out right up to my death." 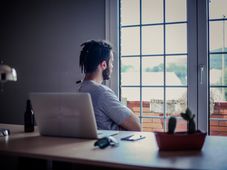