It’s a long way from the Czech Republic to Yemen, but you can cover the distance of nearly 6,000 km between the Czech capital and the coastal city of Aden in less than an hour. All you need to do is to have a listen to the new album by the Prague-based band Al-Yaman.

The band Al-Yaman, meaning Yemen in Arabic, was the outcome of a meeting between two distant worlds: Czech musician and music producer Aleš Hyvnar and Ashwaq Abdulla Kulaib, a Yemeni woman who has lived in Prague since the fall of communism. This unlikely connection led to their first CD in 2004, and they have since performed at clubs and festivals in the Czech Republic and beyond. In their second album Insanyya, the pair created a more complex and elaborate fusion of the two worlds. 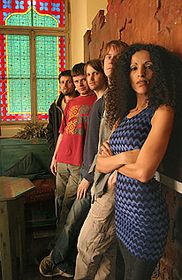 Al-Yaman, photo: www.al-esh.cz Al-Yaman’s creative duo, composer Aleš Hyvnar and the author of the lyrics and the lead vocalist Ashwaq, got together in the year 2000. Both of them had been involved with other projects, but never with an original Arabic-inspired fusion. Aleš Hyvnar explains.

“The band came together when I met Ashwaq in 2000. I got to her through another Czech band, Hypnotix, who found her and invited her to record a song with them. So that’s how I met her, and offered her to take part in this project.”

Ashwaq Abdulla Kulaib came to Prague to study just in time to see the aftermath of the Velvet Revolution. She majored in journalism and political science at Prague’s Charles University but always planned to return to her homeland.

“I never thought I would stay here, that I’d be a singer, or that I’d have a family here. I thought I’d only come here to study and go back. For Yemeni women, it’s not very usual to go study abroad, particularly to Europe. For most families it’s impossible to send their daughters abroad. Maybe boys, yes, but not girls. But my mum supported me in this, it was a kind of a woman to woman thing. She knew I wanted to go. My father was against it of course, but we won, the ladies won.”

Ashwaq was born in the northern part of Yemen, but grew up in Aden, on the country’s southern coast. Before she came to Prague, she had very basic musical and singing experience – just like everybody in her country. “I only played at school. When the school finished, we would be happy and celebrate and sing some songs. I always sang at times like this. But in Yemen, all children sing. But I never knew that a time would come I would be a singer, I didn’t plan for that.”

Al-Yaman’s first album, Hurriya, or Freedom, came out in 2004, but most reviewers said the fusion stays of the surface and mostly offered dance electronica adorned with Arabic ornaments. On the album Insanyya, which means Humanity and came out in February, Ashwaq and Hyvnar worked with an international ensemble and took a slightly different approach.

“I’ve been a music producer for more than 20 years, and for me, Al-Yaman is primarily a studio project. I do all the songs and only after they are finished, the musicians come in and we rehearse the stage show. We’ve had some reviews which noted that compared to our live acts, the album sounds a little colder – and I agree. It’s originally a studio project where there is not much space for spontaneity.”

One reason why the lead singer, flute player and lyrics writer Ashwaq Abdulla Kulaib stayed in Prague was her family. Compared with western Europe, however, the Czech Republic has very low immigration levels, and Ashwaq she says it’s sometimes been extremely difficult to cope with the Czech attitude to foreigners and Czech racism. 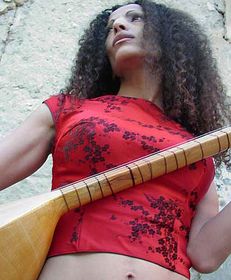 Ashwaq Abdulla Kulaib, photo: www.al-yaman.cz “For me, it’s really difficult when you meet intelligent people who think they are not racist but they are. That’s the worst thing I’ve seen in this country. They say, ‘we are not racist, but we don’t like Gypsies’. I was really shocked when I heard this for the first time.”

Do you reflect this anyhow in your music or in your lyrics?

“Of course. As you know, some of our songs are well-known Arabic songs, and we sing them a little differently. But most of the lyrics are about my experiences and feelings. Not only with racism of course, also about how I feel.”

You sing in Arabic, which is great. But the message does not reach as many people as it would if you sang in English or even Czech… Are you concerned about this at all?

“Sometimes I talk at concerts, you know, between songs I talk to people, but it depends – sometimes you could talk to people the whole night and nothing happens.”

With the new album, the band Al-Yaman is gearing up for more concerts, both in the Czech Republic and abroad. After a successful appearance in Moscow, the band is set to play in the Russian capital again this year, and Aleš Hyvnar says they might even perform in Asia. 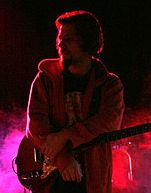 Aleš Hyvnar, photo: www.al-esh.cz “We mostly play in clubs and at festivals. But we took a break for a year, and then we were recording the new album and only played about ten shows. But now, when the album is out, we’d like to play more. We have some gigs coming up, not too many. We played abroad before the break as well, and now we’re going play a couple of concerts in Germany, maybe we’ll go to Moscow again where we played in the past, and it looks like we might even be going to a festival in Bangkok, so we’ll see about that.”

Mixing western and Arabic music is becoming increasingly popular with fans around the world, including some Middle Eastern countries such as Israel, Lebanon and Turkey. So is this style also popular in Yemen – and what would the Yemenis think of Al-Yaman and their music?

“You know, Yemeni people are conservative. They don’t mix music very much, they still have this really pure Yemeni music, and I love it. And my music in Yemen? I think people would say I’m crazy. Even here people think I am not normal or crazy or whatever. Why not – so I’m crazy.”

More details about the band and their albums can be found at Al-Yaman.cz. And if you are in Prague this month, don’t miss their show featured at the Febiofest film festival on March 27. 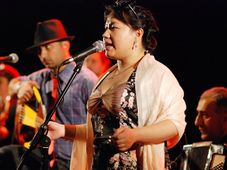 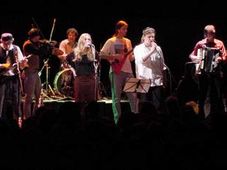