Serial Killer – billed as the first international festival of TV and web series in Central and Eastern Europe – is the brainchild of Kamila Zlatušková, a former vice-dean of Prague’s famous FAMU film school and seasoned TV professional. Inspired by the likes of France’s Series Mania and the Edinburgh television festival, Serial Killer seeks out provocative original stories with novel approaches to telling them. 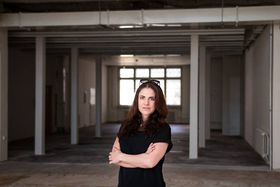 Kamila Zlatušková, photo: archive of Masaryk University Brno A few short weeks before the Serial Killer festival’s second edition gets underway in the city of Brno, I asked Kamila Zlatušková how the idea came to her, what it took to bring it together, and what audiences and industry professionals can look forward to.

“Well, it’s a long story full of frustration and full of tears! (laughs) No, really, the idea came to me when I was working as a TV producer. There were no platforms whatsoever for speaking about television – the quality of television. There were no awards – there had been some, but that stopped, I think, in 2013.

“When I was visiting several festivals in Western Europe, I was thinking it was a huge pity we didn’t have any such events in Central and Eastern Europe. There was one in Poland, but it was focused only on Polish productions. There’s also one in Sarajevo and one in Croatia, but they are more focused, for example, on development or smaller areas. And I think we are ready to be a gateway, or important meeting point, between East and West.”

How did you envision the first edition of the festival would go, how did it really go, and how has it changed?

“I’m quite – or used to be quite optimistic, and my idea was a big one. The reality was of course tough. But the first edition – we call it the ‘pilot edition’ – went pretty well. There was really nice feedback from international colleagues, both academics and TV professionals.

“Our name, Serial Killer, is kind of making fun of too much, let’s say, Scandinavian noir, criminal stories. We’re looking for new, original storytelling, and I think it’s really important for Central and Eastern Europe.”

“When I went to Britain or to Scandinavia, it was absolutely wonderful to meet people who understood me totally – what is my point, what is my aim – they totally understood because their industry had gone through a much longer, successful process to become global TV content players.

“So, I think that was really for me a huge motivation, this support from abroad, because most of the people around me – and maybe it’s the Czech nature – were kind of sceptical. There were like, ‘We’re a small country. You shouldn’t try that – let’s look to the East because those are the industries we should focus on. Don’t even try to attract Western. There’s no sense in that.’”

Was there also some scepticism about trying to have it in Brno, the second-largest city, rather than in the Czech capital?

“Yes. There was scepticism from some interesting people in Prague, saying there’s no sense, no reason, because of the airport (connections), hotels, and infrastructure. But I think it’s a huge mistake because the best TV festivals I’ve been to – in France, or in Britain or in Sweden, for example – they were not in the capitals. They were in smaller cities. And the networking is much more, let’s say, fun, a much more interesting space.

“In London, it’s like, ‘It’s five o’clock, we need to hurry to get home, or we need to visit this place and that place since we’re in London.’ So, networking was much worse in London for example than in Edinburgh because the local people were only from Edinburgh BBC, all the rest were from all around Scandinavia and Ireland, for example.”

Was there any one festival elsewhere that served as kind of a model for you, at least when you were starting out?

“Yes, it was Series Mania, one of the biggest television festivals in France – and it’s not in Paris; it’s in Lille. (laughs) They moved from Paris to Lille. It’s also one of the reasons I started to do this event. Colleagues from Series Mania were very supportive and also gave me a lot of advice because of the financing. And the Edinburgh television festival – which I really love, and we are official partners with the Edinburgh festival, for example.”

What could you tell listeners about the line-up? Are you still accepting submissions? Do you have an idea already of the balance, in terms of regions, themes, etc.?

“We’ve already closed the main programme, and this year we are focusing on Norwegian productions. The first pilot year was focused on Danish production. I think it’s best to start with a maybe small, yet hugely important, industry in Europe.

“We are also focusing on a new progressive series – original storytelling. Our name, Serial Killer, is kind of making fun of too much, let’s say, Scandinavian noir, criminal stories. We’re looking for new, original storytelling, and I think it’s really important for Central and Eastern Europe.

“I don’t have anything against remakes, against accepting trends. On the other hand, we should start at least one trend! (laughs) At least for once be trendsetters because everybody is looking our direction. ‘We know this industry and this business. But what the hell is going on in this part of Europe?’

“And I think it’s really the right time to start to talk about what’s going on here, where the talents are, where the possible co-productions. And why the system sometimes doesn’t allow people to shine.

“There’s a saying that ‘comedy doesn’t travel’, but I think it’s not true. We’re trying to step over all the stereotypes, and this is one of them. Humour from Central and Eastern Europe is very specific. And I think it’s one of the ways we can go forward.”

“For example, in Hungary, there are some great films, winning at Berlinale or Cannes. But when we are researching Hungarian television, we can’t find anything. I think it’s not a problem of quality or talent. Sometimes, it must be a problem in the system, which is kind of tough for younger or more progressive people not to be afraid to step out in a different way.”

There’s been a trend for at least ten years of TV gaining in prestige and creative talents looking more towards TV rather than film because there’s freedom, to shoot many episodes for example. How is that reflected in the Czech scene?

“I think it became also very important here a couple years later, seven or eight years ago, when the first famous Czech directors started to work in television. And I think the trend is no different than in other parts of the world.

“On the other hand, maybe there’s a question of freedom or trust. I think the best works abroad, what I like to watch, are also based on the trust of producers. ‘We choose you because you are great; you know what you’re doing; we like the story; do your best – we trust you.’ I think sometimes it’s a little bit more complicated because people are afraid of many things, maybe losing their jobs. You know – ‘We don’t want any troubles.’

“When I was discussing this for example with some Norwegian colleagues, in Norwegian television, they were like, ‘We love complaints!’ And (the BBC’s) Channel Four has the right campaign: ‘Complaints welcome’. I think those are really great things, to move forward and be really progressive. Not to be afraid about complaints. Of course, we may make some mistakes, but on the other hand, without mistakes we can’t move forward. We’ll stay in the same spot forever. Stuck!” 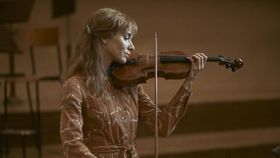 'Sleepers' (CZ), photo: archive of Serial Killer festival Dare I ask what mistakes you’ve made and what complaints you’ve received?

“Me? It’s kind of a long list! (laughs) But I don’t consider all of them as mistakes. I was, for example, pushing for the style of art-life shows. Before Christmas, I invited several great underground music bands and, as they are usually doing during their concerts, started using drugs and talking about it. So, it was kind of a blast.

“On the other hand, it was during the start of the new art channel in the Czech Republic – and many, many people because of four hundred articles written about it (the bands) learned there was an art channel. ‘Oh, there’s a new art channel? Really, they are doing quite interesting stuff!’

“It wasn’t only about doing a crazy show; it was also about bringing important topics to the screen. I think it’s typical of whatever I’m doing – I’m trying to find a purpose; on the other hand, I’m trying to attract people to be engaged in a topic, and sometimes I’m using controversial instruments (laughs).”

Is there anything I haven’t asked you about that you think should really be highlighted about the festival – this year or in general?

“I think I didn’t mention that after the first year we got really great support from abroad. Especially, I should point out the partnership with the European Broadcasting Union (EBU). We met several times with all the heads and directors, in the TV committee, of all drama departments in Europe. I was really excited when during Berlinale they had a session in Germany and they voted for their next meeting to be in the Czech Republic, a day before our festival starts, so as to be able to attend.

“Those are the things that really make me happy because I can see the light – within the perspective of making the Serial Killer festival a gateway or an important international meeting point. There’s still a long way to go, but hopefully we are heading the right direction.”

'Most!', photo: Czech Television Last question – so you can catch your train (to Brno). Is there a Czech series that international audiences should keep an eye out for, whether recent or in post-production?

“We were quite proud last year to open our festival with the series ‘Most!’ – a really dark Czech comedy about a city in north Bohemia. And I think this is the way forward. We’re not able to attract, for example, Scandinavian countries with Scandinavian noir because they’re not interested in it anymore – and they can do it better! (laughs)

“There’s a saying that ‘comedy doesn’t travel’, but I think it’s not true. We’re trying to step over all the stereotypes, and this is one of them. Humour from Central and Eastern Europe is very specific. And I think it’s one of the ways we can go forward.”

Serial Killer runs from 24-29 September. This year, it will have more than 40 screenings at four venues in Brno: the Scala Cinema, Bolek Polívka Theater, café Trojka and No Art cinema. Most of the series are original European TV productions that have not yet been shown on TV or online, and will be introduced by their creators.
Apart from its focus this year on Norwegian series, Serial Killer also features a competition section focusing on Central and Eastern Europe, and an extensive Industry Days program for professionals from all corners of the continent. www.serialkiller.tv