What do the films Amadeus, Mission Impossible, and the League of Extraordinary Gentlemen have in common? They were filmed in the Czech Republic, which in the last few years has attracted numerous foreign production companies offering them low production costs and professional staff. But until January 1st this year, the country has not had an official, centralised body that provided all information necessary to facilitate film-making. Thanks to the Audiovisual Producers' Association (APA), the Czech Film Commission was established, expanding the activities of the Czech Film Centre that promotes Czech films abroad. I met up with Ludmila Claussova to tell us all about the commission and its role in film-making in the Czech Republic: 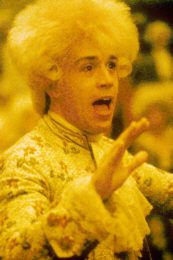 The Film Commission is quite young because it was established on January 1 this year. How much work have you had so far?

"We established a new office, so there was lots of organising and technical work to do. We're now beginning to do concrete things. What we've done until now was collect information and contacts and start to build a network of information. I had a few meetings with production companies, location agencies, and some people from the City Hall. Then, I went to the film festival in Berlin. We were at the European Film Market where for the first time I represented this film commission abroad. I met a lot of interesting people there, also people from other film commissions and discussed their experiences and problems." 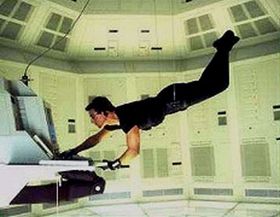 Mission Impossible Does a foreign production company has to go through you when it wants to make a movie here in the Czech Republic?

"No. The Film Commission should be an institution that helps foreign production companies but they don't have to do everything through us because the big production companies already have their partners in the Czech Republic. The Film Commission should be here for people who have never before filmed in the Czech Republic and really don't know about the conditions, the locations, and prices here. So, I can provide them with the basic information. Then, when somebody decides to shoot here, he needs a production company here."

How many people are in the commission? Is it just you?

"At the moment it's just me because we are starting slowly and we are trying to establish this commission and show that the Czech Republic needs one. One of our main tasks is also lobbying. We have talked to the government, to the people from the City Hall, and showed them how important it is to have a film commission to take care of the film industry because it's a big industry in this country and they don't really realise it. So, we want to show with this one-person film commission that there is work to do, that we need support from the government. Normally, film commissions in other countries are governmental institutions paid by the culture ministries." 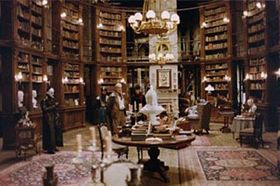 "We think it's really the case that the prices in the Czech Republic are not that attractive anymore and the prices for some locations in Prague, for example, are the same as in London, Rome, Berlin, or Munich. When you want to shoot in parks, it's really expensive here. We are trying to talk to the people from the government and Prague to negotiate a little bit. We think that the country benefits from film productions because they attract foreign investments, tourists, and what is more important is that they provide jobs to Czech film-makers and professionals. We are going to commission an economic study about the benefits because we really need the data to argue and show how important the benefits are and what can happen when everybody goes to Hungary or Romania to shoot movies."

How do you convince a foreign production company to choose this country?

"The variety of locations in the Czech Republic is very large and the staff is really great - the crews, technical and creative personnel are of a high quality. The studios, facilities, and services are all professional. We are also currently working on a production guide that we would like to publish this year with information about the Czech Republic, shooting conditions, and possibilities and facilities, contact information to production companies, service companies, studios, the authorities, film institutions and basic information about locations."

...if you plan to shoot a movie in the Czech Republic visit the commission's website at: www.filmcommission.cz