Travelling exhibition brings together more than 500 Bibles from private collections

A travelling exhibition entitled The Bible: Yesterday, Today & Tomorrow, on in the eastern city of Ostrava, is giving visitors the opportunity to view than 500 different versions of the “Good Book” but also other items including Biblical prints by Rembrandt. 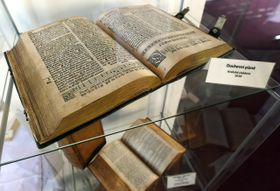 Photo: CTK Organizer Petr Hamrozi, who told me more about what was on display in this week’s Arts.

“We have hundreds of different Bibles, the oldest of which date back to the 16th century. There are also prints by Rembrant, of which there are one hundred, and Gustave Doré, of which there are 150. The Rembrandts appear to have been printed in the second half of the 19th century. In terms of the exhibition’s ambitions, we’re happy if people pick up the Bible, learn about its history and perhaps find new meaning in its pages.”

Organised by the NGO I4U, involved in numerous religiously-oriented projects, the exhibition has not surprisingly drawn many practicing Christians. But Petr Hamrozi said many of those who had seen the show so far, were not religious at all or professed a belief but did not practice in a traditional sense. He said many were curious about the history, the many translations of the Bible as well as some very unusual editions from around the world. All are a part of private collections in the Czech Republic and Slovakia.

“We first planned for the show to be held in only a few North Moravian towns. But, through the people we met and those we talked to, we saw that interest was high.”

“The show has already been seen by some 100,000 people. It is open of course: believers or non-believers alike. If a visitor has ties to the Bible or to God than he or she may be more interested in specifics: different editions, different supplements, and so on.

“Others may just want to learn more: about the stories in the Bible and the central figure of the New Testament which is of course Jesus Christ. Last, we also get visitors who are going through a difficult period in their life and get the sense that [knowing more about the Bible could help].”

The Czech Republic is ranked as one of the most atheistic countries in Europe, if not the world, partly the legacy of 40 years of Communist rule. Petr Hamrozi says even so in some areas ties to religion remained strong.

“Throughout the length of the project we visited more than one hundred towns and smaller municipalities in the Czech Republic and Slovakia. When we began the project we were told it wouldn’t attract many people. So we first planned for the show to be held in only a few North Moravian towns. But, through the people we met and those we talked to, we saw that interest was high. 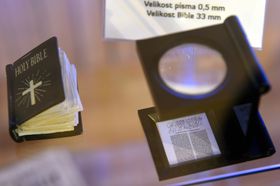 Photo: CTK “In my view, there are more people who believe ‘in something’ than admit it in surveys or the census… Of course Slovakia is more religious, but I don’t think the Czech Republic is as atheistic as sometimes reported. Under communism, ALL religion was suppressed, not just Christianity, so it seems natural that some are rediscovering beliefs now.”

The Bible: Yesterday, Today and Tomorrow, features publications in English, Czech, Slovak, Polish but also Romany, African languages, and even Esperanto. There is a handwritten Gospel of Mark which was written out on cigarette papers by a Czech political prisoner who was jailed in the 1950s. Or a hand-crank cassette player which allowed the owner to play Bible stories presumably when short of electricity or while in the outback. The handle had to be turned continuously - there was no way to charge the machine – but the output is regulated so that the machine played at the correct speed, no matter how fast the crank was turned. Petr Hamrozi again:

“In my view, there are more people who believe ‘in something’ than admit it in surveys or the census…”

“I call it an ‘older MP3’, a kind of hand-powered Bible. The crank is connected by gears to a generator providing electricity.”

Another curious edition visitors can leaf through is a Czech prison Bible, specifically designed to “survive” prison life.

“This is the New Testament which was published for the prisons authority and unlike other books this one is largely indestructible. You can bend the spine straight back and it won’t crack. The pages are non-flammable so it is not possible tear them out to use to roll cigarettes. This edition also has some appendixes which are specifically for convicts: how to prepare for life outside once you have served your time, how to write a CV, how to apply for new documents. This Bible is used in many Czech prisons.”

According to Petr Hamrozi, organisers are hoping to one day open a museum in Moravia dedicated to the Bible. Photo: CTK “We expect that one centre may be in North Moravia and it will depend if we can secure a suitable site. Another part of the museum should one day also be in Prague. But we’ll have to wait and see how that project develops. In any case, if anyone wants to donate an interesting old Bible from abroad, when travelling to the Czech Republic, that is most welcome.” 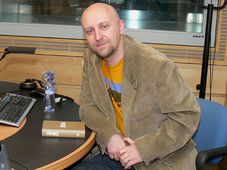 Christians around the world are celebrating Christmas, the birth of Jesus Christ in Bethlehem. But what would it look like if Jesus… 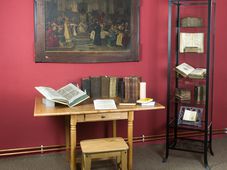 Museum of the Bible to open in Pelhřimov

A Museum of the Bible will soon open its doors to the public in the town of Pelhřimov. Organized by the Biblical Theological Seminar,… 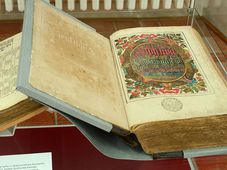 To mark the four hundred year anniversary of the publishing of the Kralice bible, the first to be published in the Czech language;…