In this week's Arts, we look at two slightly offbeat classical music festivals: the wonderfully eclectic Strings of Autumn event, which is celebrating its tenth aniversary, and Prague's International Chamber Music Festival, which promotes an often-neglected side of classical music.

Renowned contemporary classical composer Michael Nyman is just one of the many leading artists featuring at this year's Struny podzimu or Strings of Autumn festival. Now in its tenth year, Strings of Autumn is a music event that brings an exciting variety of performers to Prague on an annual basis. Jiri Sedlak is one of the festival's organisers:

Natalie Dessay, photo: www.strunypodzimu.cz Although some would say the Czech capital already has a surfeit of classical music festivals such as the Prague Spring, Jiri Sedlak says Strings of Autumn occupies a special place in the city's event calendar:

"Festivals like Prague Spring or Prague Autumn are very classical festivals with a traditional repertoire for older people. We really want to be a young festival. There hasn't yet been a classical music festival aimed at attracting a young audience. That's why we think there is a place for the Strings of Autumn festival. Many concerts are already sold out so people in Prague are obviously attracted to these kinds of music."

Michael Nyman and other musical luminaries such as mezzo-soprano Dagmar Peckova are actually making a return visit to the Strings of Autumn as part of its tenth anniversary celebrations. They are just a few of the stars that have played at the festival since it started in 1995.

Gary Burton, photo: www.strunypodzimu.cz But, in keeping with its high standards, this year's Strings of Autumn is not just reliving past glories. The festival programme also has a lot of newcomers to the event such as French soprano Natalie Dessay and American Grammy-award-winning vibraphonist Gary Burton.

Despite its success in the last decade, Strings of Autumn's organisers are simply happy that the festival still exists. Having used the sumptuous surroundings of Prague Castle as the venue for its concerts in the first eight years of its existence, they were unceremoniously ousted from the castle grounds last year. Jiri Sedlak says the move was precipitated by the arrival of a new presidential administration, which is in charge of programming events held at this famous Prague landmark:

"The Strings of Autumn festival was established by the Prague Castle administration in the mid-1990s in an effort to enliven the castle and bring culture to it. After the change of administration at the castle, the policy towards cultural events was changed. One visible change was that the new president cancelled the programme for the festival at Prague Castle in 2004, six months before it was due to start."

Photo: www.strunypodzimu.cz Although the decision to remove a festival as prestigious as Strings of Autumn from the Prague Castle calendar is controversial to say the least, Jiri Sedlak is reluctant to be drawn on the subject:

"I don't want to comment on it. Many events that had been planned [at Prague Castle] were cancelled. The president has the right to follow his or her policies. Let's just says that Vaclav Klaus is not Vaclav Havel..."

Despite its problems finding a venue, Strings of Autumn still managed to put on a reduced programme in 2004. This year, the festival is back with a vengeance. It has secured prestigious venues such as the Rudolfinum and Estates Theatre for its concerts. Having also attracted a number of major new sponsors, Jiri Sedlak has every reason to be confident when asked if he thinks the festival has a bright future:

"I think so and I believe it will survive, because there are continually new musical impulses and really top musicians that haven't been here before, who can come to Prague. I'm sure the festival will continue to exist."

Anyone wanting to find out more about the Strings of Autumn can visit the festival's website at www.strunypodzimu.cz. 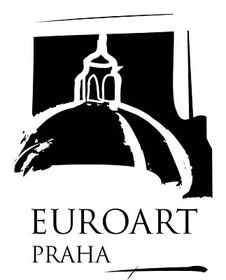 One of the many highlights of the Prague Chamber Music Festival in recent years was a rare performance by Prague's Stamic Quartet of Czech composer Leos Janacek's Intimate Letters. This festival, which is now entering its fifth year, gives classical music lovers a chance to enjoy many lesser known gems of classical music.

The event is the brainchild of Marketa Lajnerova, who says she established the festival in the hope of breathing new life into the Czech Republic's proud chamber music tradition: 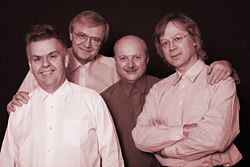 Stamic Quartet, photo: www.euroart.cz "The idea was to build a kind of permanent promotion of chamber music in Prague and the Czech Republic, because if you see the whole musical structure here, you find that most people who are interested in classical music go for operas or orchestras. But the Czech Republic has a wonderful tradition of string quartets. There have been world-renowned string quartets in the country's history which have made the Czech Republic famous. So we decided to develop a season that would present leading Czech ensembles and soloists making music together with top international ensembles. That was the reason - to build up the Czech audience for chamber music, because we feel that this music can engender feelings that are not relevant to orchestra music. And we know that people want to have it also."

Although the Czech Republic has a strong classical music tradition with a number of prestigious international festivals and world-renowned orchestras, Marketa Lajnerova says that the subtle joys of chamber music have been neglected here in recent years as musical establishments have devoted themselves to eye-catching big-budget opera productions and orchestral recitals:

Photo: www.euroart.cz "I would say we have a tradition of chamber music listeners, but I think that this tradition has been limited by the development of orchestra music and orchestral institutions. We have to develop a new audience, which should also comprise young people, not just people in their forties and fifties, which is the usual generation that you see at the Czech Philharmonic or other orchestra venues."

Marketa Lajnerova says that chamber music festival has been well received in previous years and she is hopeful that it can help regenerate a strain of classical music that has too often been overlooked on the European cultural scene:

Photo: www.euroart.cz "I think it's a general problem all over Europe that chamber music is not a major interest. I think people have a preference for a big noise and huge emotions, which is why they go to see the opera or huge orchestra pieces. I like these things too, but I think chamber music could also offer some kind of emotion and big noise. It depends what kind of programme you have. That's also my task and my mission - to focus the festival programme on pieces that are not known, but which could give people the same emotions and feelings. From the audience reactions after each concert, I think we have been successful in this."

Anyone interested in the Prague Chamber Music Festival can find out more by visiting its website at www.euroart.cz. 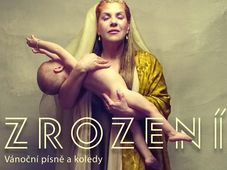 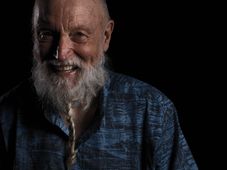 Terry Riley’s ‘In C’ to open Strings of Autumn festival

The annual international music festival Strings of Autumn kicks off on Tuesday with a concert at Prague’s Vítkov National Memorial.… 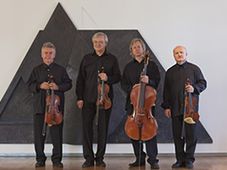 In this edition of Sunday Music we profile one of the country’s leading classical music ensembles: the Stamitz string quartet which…