In recent weeks no band has made as exciting an impact on the Czech scene as Airfare – an indie rock group made up of Czech-American frontman Thomas J. Lichtag, guitarist Lukáš Chromek and bass guitarist Tomáš Vitásek (TV) – plus guest drummers because they paradoxically haven’t been able to find a permanent one. Just last month the band was voted Best Newcomer of 2007 by viewers of Óčko – the Czech answer to MTV - and the band’s single, Sorry Baby, off their debut album “Hotel Moscow” has become an overnight hit.

Thomas J. Lichtag, just 21 (who somehow manages to evoke a skinny Ferris Bueller on his day off), relocated to the Czech Republic from the US two years ago, where he eventually befriended his current band mates and formed Airfare. The band members now live in two separate flats in the same building, which the singer/guitarist agrees can be a lot of fun but also important for work.

“There’s definitely a strong connection between all of us in the band, not only when we’re playing but just when we’re living in our crazy apartment. It’s definitely a thrill as it is when we see people having a good time at our shows.”

So far, Airfare have been compared to quite a few bands including New York’s The Strokes (which Lichtag agrees were an influence). Fans themselves have compared them to the Arctic Monkeys, Nick Cave or even Iggy Pop. Thomas J. Lichtag says he is open to most forms of music, having cycled through various genres before settling on a guitar-based sound. As for collaboration on Airfare’s material? Lichtag, who sings in English, writes most of the lyrics while all three band members work together on the music.

“Definitely everybody has their own ideas which they put into the music but it’s not like it’s all divided up that we all sit down and say what each one of us is going to do. It’s pretty much random. I mean I write most of the lyrics but sometimes there are a few moments when something English spews out of these boys. There are some aspects of literature and poetry that have to come into play when you are trying to write something interesting. I think that you can write about anything in the world: it’s just a matter of how you do it, how you see it, and how it comes out.”

Many Czech fans were thrilled – some a bit shocked - when Airfare did something no band had done before on a Czech stage, during the Óčko awards.

“The performance we played three songs including Last Man Standing. And during that we proceeded to set our guitars on fire and break them, because we thought it was something that no one had ever done on the show before. It hasn’t been running that long – five years or so – so we wanted to try it.”

RP: Who were the last guys to do it? Obviously everyone always talks about The Who it but that’s so long ago now, Nirvana used to do it…

“Yeah, well all these classic bands that everybody knows sort of did. I mean, we don’t consider it to be anything out of the ordinary but it is something a rock band should do at least once, I think.” 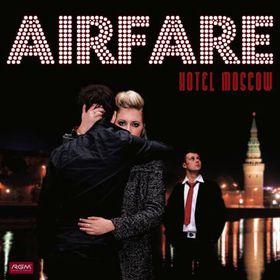 Hotel Moscow The success of Hotel Moscow has generated a lot of fan interest, even on sites like YouTube where there are a number of clips of the band’s performances as well the video for Sorry Baby. I asked Airfare’s frontman to tell me more about the clip.

“The people who do our videos are really interesting and they did a great job on this clip. The editing is well done: it starts out B&W and changes to color in the chorus and was shot live during a concert at a small club in Litomyšl. They cut it, made it all look nice for the TV and we‘ve had nothing but a positive response.”

From hereon Airfare seem set for further success: the first single caught the attention of many new fans and others are giving the rest of the album a listen, including what Thomas Lichtag hopes will be the second hit off the album, Life is Easy.

One thing most fans agree is that Airfare are a great band to catch live – many shows are planned into the spring and summer months throughout the Czech Republic. If you find yourself in the country, look them up. After just one album and one hit single, Airfare have already made clear they are a band not to be missed.

“We just plan to play as many concerts as possible now because I think that’s where we really shine. You haven’t really experienced this band until you’ve seen us live.” 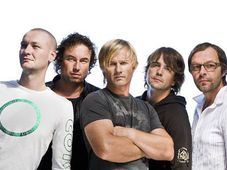 Tune in to today’s Sunday Music Show for a double header: profiles of and music by two Czech bands with frontmen who sing primarily… 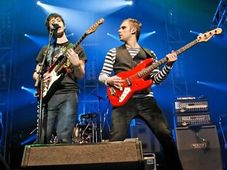 Welcome to our first edition of Music Express, bringing you music and interviews with some of the Czech Republic’s brightest young… 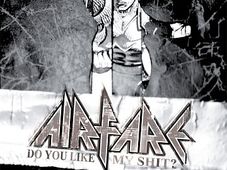 Czech band Airfare back with new album, dates in Slovakia