The philosopher, scientist and mystic, John Dee, was one of the great figures of Elizabethan England. He was a close confidante of the Queen and one of the founders of modern science, at a time of transition from the medieval to the modern age – a time when science and alchemy, magic and mathematics intertwined. In the 1580s John Dee came to Bohemia, along with family and his mysterious friend and assistant, the alchemist Edward Kelley – who supposedly possessed the gift of communicating with spirits. Between them, they left an indelible mark on Czech history. 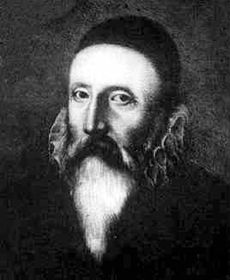 John Dee This was a time when the court of Rudolf II was filled with thinkers, scientists and writers from all over Europe, and Dee and Kelley were very much at home in the stimulating environment of Rudolfine Prague. The story of their stay in Bohemia is told in vivid detail in the journalist Benjamin Woolley’s biography of John Dee, “The Queen’s Conjuror”, and one of the most engaging chapters in the book tells the story of how the two Englishmen spent over two years in South Bohemia, in the household of Vilém of Rožmberk – at the time one of the most powerful men in Central Europe:

Trails of unusually thick smoke were often to be seen rising from the chimneys of Třeboň Castle. Lying amid the fishponds and meadowlands of southern Bohemia, almost equidistant between Prague and Vienna, the quiet town of Třeboň was an ideal location for the undisturbed practice of alchemy. And on 14 September 1586, it became Dee’s new home.

Over four centuries later Třeboň is still a quiet and picturesque little town of winding streets, with the fishponds and meadows remarkably little changed since the days of Vilém of Rožmberk. The castle of the Rožmberks continues to dominate the town, and that is where we are joined by the archivist Blanka Čechová: Edward Kelley “There is still much that survives here from the 16th century. Important figures from the time used to gather here at the castle – politicians, artists and scientists, and this is where Dee and Kelley devoted their time to magic and alchemy. Inside we can see where the two men lived and where they carried out their occult practices and stared into their crystal ball…

“If we take Dr Dee – well, he really was a man of his time, he studied at universities not just in England but also around Europe, and thanks to his earlier travels, he had friends among scholars throughout Europe. But Edward Kelley is more of a mystery. We know he was born in Worcester and was probably of fairly humble origins, but he clearly had a talent for winning people over. The two of them seem to have met Vilém of Rožmberk at the court of Rudolf II, but it appears that they somehow got on the wrong side of Rudolf. So Rožmberk took them under his wing and, when they were banned from Prague, he invited them to his estates in South Bohemia.”

Dee and Kelley’s stay in Třeboň is not just the stuff of legend. Alongside Dee’s own diaries and notebooks, there are plenty of other sources. Blanka Čechová has sifted through many of the contemporary documents that survive in the Rožmberk archives in the castle. 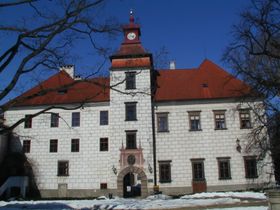 Třeboň Castle, photo: Roman Casado “We have sources here showing where they lived, what they had in their rooms, and thanks to these we know exactly which part of the castle they were in. These Renaissance rooms still survive. We know that one of the windows looked out onto the courtyard, and we know from Dr Dee’s diary that their laboratory was in the room above the entrance to the inner courtyard, below the tower. Dee describes in his diaries how they built a kind of kiln from round tiles and this is where Kelley carried out some of his experiments.”

Over the next two years, Dee filled his diaries with innumerable coded jottings about his experiments: using combinations of salts and rare earths suspended in water, horse manure and menstrual blood…

Kelley in particular would impress visitors with spectacular experiments, as we can read in The Queen’s Conjuror:

He produced a speck no larger than a grain of sand of the “Philosopher’s Stone” – presumably a sample of the red powder. He placed the sample into one and a quarter ounces of mercury held in a crucible. Then almost an ounce of the “best gold” was produced. 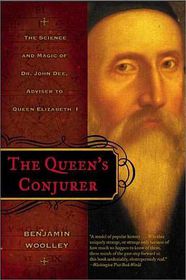 The two men’s fame spread through the region, and even reached back to the English court, which “buzzed with reports of the miraculous transmutation of coins, pewter dishes, flagons, even bedpans.” Such was Kelley’s reputation and growing wealth, that he even turned down an offer from Ivan the Terrible’s successor, Fyodor Ivanovich, to become alchemist to the Russian court.

And it was not just alchemy. Edward Kelley was believed to have a special capacity to communicate with spirits. Blanka Čechová:

“It seems that Dr Dee believed in his powers, because they held séances for several years, including here at Třeboň, and at one of these séances an angelic spirit stated that if they wanted to sustain harmony with the spirits, then the two of them should sleep with each other’s wives.”

We pick up the story of the wife share in Dee’s biography:

Dee did not understand. Share in what sense? he asked – in the sense of “carnal use, contrary to the law of the commandment, or of spiritual love and charitable care and unity of minds, for the service of God advancing?’”

A vision Kelley then beheld in the stone settled the matter: “Upon a scroll, like the edge of a carpet, is written: ‘I speak of both.’”

Not surprisingly, at the end of the séance, Dee was in a state of “great amazement and grief”, but such was his faith in the spirits that he agreed to go ahead. His diary tells us that his wife Jane was still less impressed by the idea, and we can only guess at how Kelley’s wife Joanna, felt about it. Before fulfilling the pact, the four of them signed a solemn covenant:

“… O Almighty God… at this present, [we] do faithfully and sincerely confess, and acknowledge, that thy profound wisdom in this most new and strange doctrine (among Christians) propounded, commended, and enjoined unto us four only, is above human reason.” 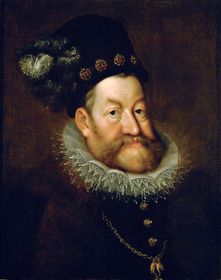 Rudolph II On 21 May 1587, Dee confirmed that the wife share had taken place, with just two words in Latin in his diary: “Pactum factum” – pact fulfilled.

It seems that after this event, things were not quite the same in the Dee and Kelley household, and it was not long before the two men parted company:

“In the end they went their separate ways. Thanks to his charm and presumably his talents too - whatever they were - Kelley managed to gain influence among his patrons at the imperial court, and he managed to take his place in Prague alongside other alchemists and scholars around Rudolf II. But Dr Dee by contrast failed to make the right impression among the rich and powerful of Bohemia, and when he received an offer to return to London, he took advantage of it, he packed up his family, he bought carts and horses and headed off home. When he arrived back in England, he had quite a surprise. No-one was expecting that he would ever return, and he found his house and estates in ruins.”

“His star continued to rise. In the same year that Dr Dee left Bohemia, Kelley was raised by the Bohemian Assembly to the nobility, he was granted what today we would call Czech citizenship, which meant that he could own property here. Everything was looking good for him, but the court was rife with plots and it seems that Kelley had plenty of enemies. He got tangled up in his own debts and bad company, he lost favour with the Emperor and ended up in debtor’s prison.” Elizabeth Jane Weston Kelley’s wife, the long-suffering Joanna, and step-daughter, the poet Elizabeth Jane Weston, at the time still in her teens, were left to sort out his debts. The young Elizabeth Jane achieved this to great effect, by becoming one of the most admired poets of her generation at the Rudolfine court. Nobles from across Europe would pay her well for exquisitely crafted poems in Latin. To end the programme, here are a few lines from her elegy on the death of her mother, translated from the Latin by Susan Reynolds:

For what is a mother, what is our parents’ loss
That the ceaseless tears of children teach us to know?
And now, as I join them, I mourn my mother’s sad fate,
Torn far away, alas, from my native land.
Never again will she guide me with motherly words,
No more be there when I say, `Mother, give me advice!’
Never again will she bless all my children and me,
Making the sign of the cross on each forehead and breast. 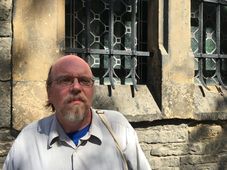 One attraction for visitors to Prague is the city’s unusually rich history of magic and alchemy. The Czech capital also has more than… 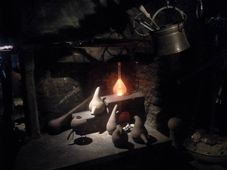 As of this week, the Czech capital Prague has a brand new attraction for visitors and its citizens alike. A new museum just a stone’s… 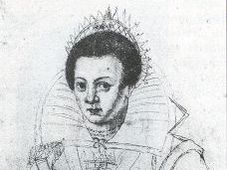