Can nationalism in Central Europe be a force for good?

This week Czech Books comes from the Irish capital, Dublin. We talk to Dr Stefan Auer, a lecturer in European politics and society at the Dublin European Institute at University College. Stefan is originally from Slovakia, and he has taken a great interest in "liberal nationalism" in Central Europe. He wrote a book which has as its basic hypothesis the idea that nationalism, despite its very negative connotations for many in Central Europe, can also be a force towards greater democracy.

We are in Dublin, at the other end of Europe from the Czech Republic. Is there much interest in what is going on in Central Europe?

"There certainly is. I can see it in relation to our students. I teach a course that deals with developments in Central Europe. It's called 'Transitions in Central Europe' and the enrolments on that course at masters level are always very good. I can see that people are genuinely very interested in it.

"I think there are many similarities between Ireland and a number of Central European nations. To be honest I think that not many people know all that much about Central Europe. I mean that is a problem that probably all western countries had - that until 1989 Central Europe was seen as a monolithic block that was communist, and people didn't feel that there was a need to learn more about all the different countries in the region. I think that is changing."

And there is a long history of the stereotype of Central and Eastern Europe as being backward. You start your book with a wonderful quote from a rather surprising source, from Bram Stoker's 'Dracula', where he is talking about travelling to Transylvania and on the way seeing the Slovaks.

The strangest figures we saw there were the Slovaks, who are more barbarian than the rest, with their big cowboy hats, great baggy dirty-white trousers, white linen shirts... They are very picturesque, but do not look prepossessing. On the stage they would be set down at once as some old Oriental band of brigands. They are, however, I am told, very harmless and rather wanting in natural self-assertion.

So that's Bram Stoker, writing off the Slovaks in one short paragraph in the 19th century. There is still something of this remaining - this idea of Central and Eastern Europe as somewhat backward - isn't there?

"There is, and the book is partly a response to a number of scholarly studies that were written immediately after the collapse of communism, that argued or suggested that the process of post-communist transition will be hampered or undermined by the forces of nationalism. So what happened in Yugoslavia was seen as epitomizing the problems of Eastern Europe. It was argued that the nations of Eastern Europe were more inclined to adopt this kind of xenophobic form of nationalism.

"There is a vast body of literature that differentiates between 'civic nationalism' and 'ethnic nationalism'. Civic nationalism is seen as a kind of progressive force that fits into the project of liberal democracy and is characteristic of western nations like Britain and France. Opposed to it is usually a concept of ethnic nationalism that, so it was argued, was characteristic of Eastern Europe. I thought that that sort of schematic division of Europe was unhelpful in understanding what was going on in Central and Eastern Europe. In fact it's quite unhelpful in understanding what's going on in Western Europe."

Taking the example of the Czech Republic and Slovakia, in what ways have national, or nationalist, models helped in the development of democracy in the wake of the fall of communism? Particularly in Slovakia there has been a very negative image of nationalism as a force against democracy, which under your thesis isn't necessarily an accurate view of the forms of nationalism that have developed.

"The argument I tried to develop there is that there were different kinds of discourses of nationalism. Some were clearly xenophobic and Vladimir Meciar in Slovakia is rightly seen as someone who endorsed that more xenophobic agenda, although even Meciar himself was not as radical as the Slovak National Party, for example. But the response is not to reject nationalism altogether, because I don't think that's a feasible proposition. So I think the response to that kind of xenophobic nationalism was a liberal nationalism that attempted in some ways to translate the universalist liberal agenda into the domestic context. I think the best representative of that kind of nationalism is Vaclav Havel. The best quote that I think encapsulates it is, as Havel said in reference to Tomas Garrigue Masaryk, the first Czechoslovak president, 'vec ceska je vec lidska' - that is: the Czech concern is always a human concern, or must be a universal human concern.

While the dominant discourse of Polish nationalism since the beginning of the 19th century has been directed towards the restoration of full political independence and statehood, Czech nationalism had more modest aspirations. When the Czechs achieved their statehood, it was more as a result of changing external circumstances rather than a persistent fight for full political independence. Leaders of the Czech National Revival in the 19th century like Palacky envisaged the political future of their nation within the framework of a reformed Austrian empire. Not surprisingly, and very much in line with this tradition, Tomas G. Masaryk, before becoming the founder and the first president of the 1918 Czechoslovak Republic, worked as a member of parliament for Austria-Hungary. Finally, even the new Czech state founded on 1 January 1993 was a result of unresolved disputes between Czech and Slovak politicians as to the right shape of constitutional order of the new (postcommunist) federative republic. To claim that the new Czech state was imposed on Czechs by Slovaks is a crude overstatement, but there can be little doubt that the creation of the Czech Republic was something of an historical accident rather than the fulfillment of some age-old national project."

So you're suggesting that the Czech state is more or less an accident.

"Well, the Czech state in its current form surely is more or less an accident of history, because as we know, there was no strong desire among the populations of both constitutive republics of Czechoslovakia, that is among Czechs and Slovaks, for the split. But there is also another interesting example of Czech nationalism. With some simplification one could say that Czechs prided themselves on being non-nationalist. I think there are some similarities there with the British case. They took it so much for granted that Czechoslovakia was their country, that they didn't problematize the situation of Slovaks in Czechoslovakia."

"That's right. It was at least seen as a Czech state by many Slovaks. That was one of the problems that the politicians had to deal with after the collapse of communism in 1989. But I think the irony of that historic development is that there was no overwhelming desire in both republics for the split. So both states are to some extent contingent results of these historic developments, and disagreements among political elites that emerged after the collapse of communism."

But don't you think there might have been an underlying hidden Czech nationalism, that maybe Czechs failed to show a sufficient degree of flexibility to keep the Czechoslovak state together? 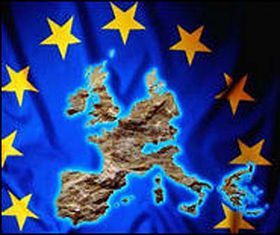 "Yes, I think that's a very accurate assessment. I think we should also probably clarify these terms to some extent. As you said in the introduction the very term nationalist or nationalism in the languages of Central Europe is negative. When I describe Vaclav Havel as a liberal nationalist, he would not necessarily endorse that label because to say that someone is nationalist in Czech or in German or Slovak means a kind of xenophobic nationalism that people like Vaclav Havel would reject. But there is also a kind of underlying difficulty that when you see yourself as non-nationalistic you are probably less aware of the fact that you still very much pursue a nationalist agenda."

When you wrote the book, it was around the time when the three countries that you look at in detail, the Czech Republic, Slovakia and Poland, were joining the European Union. Since then there has been a considerable development in debate about the future of the European Union and a great deal of doubt about the future of the European Union as well. Given that you say that nationalism needs to be acknowledged as a positive force, do you think that Europe can continue simultaneously in a process of further gradual integration and that this healthy liberal nationalism can also develop and flourish alongside that integration?

"Yes. Definitely people can be proud Poles or proud Czechs and proud Europeans. Their commitments and identities are multi-layered. I know that many people were surprised for example to see that the Polish elites appeared as confident players in this process of European unification and in the debates about European constitution. But I think that we shouldn't be surprised and we should welcome that development. Europe does consist of nation states, national communities and that one can be a proud Irishman or Pole and a good European. That is also actually the attitude that I see in Ireland. People don't see that as a contradiction - to be a part of Europe and to be Irish.

Stefan Auer's book is called "Liberal Nationalism in Central Europe". It was published by Routledge Curzon in 2004.

On the 29th of February 1920, the National Assembly of Czechoslovakia adopted a Constitution formally establishing a democratic republic… 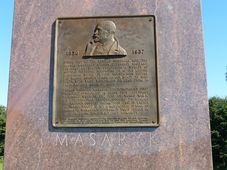 US academic: Tomáš Garrigue Masaryk had strong support base at University of Chicago

Czech Immigrants first started settling in Chicago in the 1850s and continued in several waves in the 20th century. Today the city…