Hana Pravda: a love stronger than death itself

“I’m now going to write down some of the things which have happened over the last few days. I’ve got such a short memory, I’m afraid, and this is a way of making sure that I don’t forget.” These are the opening lines of a diary that was written in 1945 by a young woman as she gradually emerged from the hell of the concentration camps, hoping, against the odds, to see her husband again. The woman’s name was Hana Pravda, and she died in London on May 22 this year at the age of 92. Hana spent much of the second half of her life in Britain, where she had a long and very successful career as an actress. But it was a career that had been brutally cut in two by the Second World War, and had begun at a very different time and place: in the early 1930s in her home city of Prague. 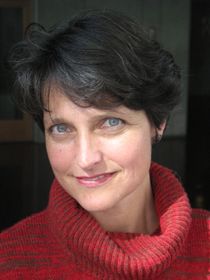 Eva Munk Hana Pravda was born Hana Beck in 1916 into a well-off Czech Jewish family and she first trod the boards as a teenager. Her niece, the Prague-based journalist and translator, Eva Munk, picks up the story:

“She started shortly after her mother died. It was a terrible blow to her and so, to bring her back into life, her father finally agreed to give her acting lessons with a very famous Czech actress. Shortly afterwards she was sent to Russia, where the most avant-garde theatre was going on, for a year. Then she came back. I think she acted in the Kladno theatre for a while and she did occasional visiting performances in the National Theatre. Of course that was all cut short by the war in 1939. They had to move out to Potštejn in East Bohemia.”

Three years later the Holocaust caught up even with the quiet village where they had sought sanctuary. Hana and her husband Sasha, whom she had met and fallen madly in love with back in 1936, were both sent to the Terezín ghetto, and two years later, Hana went voluntarily with her husband when he was put on a list to be deported east, to Auschwitz. Sasha perished, and Hana was to survive alone.

“When she came back, the man she had married, my uncle Sasha, was dead. She returned to the theatre: she was at the very prestigious Realistické Theatre, where she met her second husband George Pravda, who was a brilliant actor. But in 1948 they had to emigrate. First they went to Paris. They couldn’t quite get a foothold there, so they emigrated further to Australia, where they lived for seven years, and – sort of as a sideline, because they really couldn’t live without the acting – she founded a theatre group at the local college theatre.

“One time, when they were performing ‘Of Mice and Men’, which Hana directed, Dame Sybil Thorndike from Britain came to see the performance and she told them, ‘Come to London – I will sponsor you.’ And they did. George went on to have a very good career playing with several prestigious theatres, and Hana got more of a toehold in television, and I think later mostly she played character roles in several movies. She also directed a lot of plays in London.”

It was an amazingly full life, in defiance of the times she lived through, but it is not just for her success as an actress that Hana Pravda is remembered. In the year 2000, she published an extraordinary book, called “I Was Writing This Diary For You, Sasha”, the core of which was Hana’s wartime diary – which was only to re-emerge over half a century after she had written it. Eva Munk continues:

“The diary was lost at the end of the war. It remained in Prague and it somehow got mixed up with the things that were left behind in Prague when they moved to Paris. Later her cousin packed up all these things and sent them to Australia, just as they were leaving for England. They ended up in somebody’s attic, where they stayed for 50 years, including this diary, which was in some old box. And finally one day her erstwhile neighbour in Australia was going through this and she found this diary. She sent it to Hana.”

Do you remember how Hana felt when she opened the envelope and there was the diary again?

“Well, she never really talked about that. She just came one day and said – look at this diary that I recently found – and she told the crazy story and she said – isn’t life crazy sometimes? – Imagine this completely ironic thing that happened - that it should show up now.”

Hana Pravda The book “I Was Writing This Diary For You, Sasha” combines the diary itself with Hana’s later memories of her life before and afterwards. In the context of Hana’s life, the details of the diary come as a shock and this is part of the power of the book.

“She describes her life, her beautiful life before her mother died and before the war started, and then of course the horrors of Auschwitz. And then she brings you down into the terribly sad situation of finding the man she was coming back to had not survived. And then she shows you again that – yes – life actually did go on after all of this, and that it was pretty good.”

Hana Pravda’s resilience was astonishing. Towards the end of 1944 the Nazis had sent her along with several hundred other women and girls from Auschwitz to the work camp in Birnbäumel, to dig trenches to stop Russian tanks. In January 1945 their captors realized that these measures were futile, and the camp was abandoned. This is the moment when the diary begins.

“They were sent on a death march back to Auschwitz, where they were meant to be killed, and Hana walked away with a friend. What she told me was that she just kept lagging further and further behind and gradually she was able just to walk away. In the book she says that she just turned a corner and left. One thing I’ll always remember that she told me was that when you want to run away from somewhere, do it very slowly.”

How did she come in those extraordinary and very dramatic circumstances to write a diary? It’s the last thing you would imagine someone who is escaping from a death march to start doing.

“It doesn’t surprise me with Hana, because she was always a very literate and literary person. She loved to read. She was always reading something. She really lived the books she read.”

And where did she come across pencil and paper?

“Well, in the book it says that she found it in some old house. She found an old notebook and a pencil and she just started writing this diary to Sasha – to her husband.”

Suddenly I realise that nobody is watching us. I tell Vera, ‘This is our chance’ and then I find myself running – in fact not running but walking, very calmly, round the corner to the back of the factory. And Vera is following me!

Then all we can do is wait. We wait in the deep snow for what seems like an eternity. We are freezing. Will the column never move off?

We run over to the railway tracks to hide behind a big pile of bricks. By now we are completely frozen through. Vera can’t stand the tension, and keeps peeping out from our hiding-place.

At last they finish distributing the potatoes, and the prisoners begin to move slowly away.

The diary tells the story of her experiences day by day, between escaping from the death march and just after the end of the war, and one thing that makes it particularly moving is Hana’s continuing hope that she will find her beloved Sasha again.

For you as her niece it must be very moving reading about this and about the loss of that hope when she realized – and she writes about it in her diary – that Sasha was no longer alive.

“It’s tremendously hard for me to read it. The entire book is very hard for me to read, because I knew it ended badly and I knew that Sasha died I think it was five days before the war officially ended, just trapped in a railcar, sitting on a side rail somewhere on the Czech border.”

I am in Prague. It’s eight years since you kissed me for the first time, Sasha.

After my show tonight we went to the U Šupů Restaurant, but it was all closed up, and inside it was completely dark.

Now I am sitting in our favourite coffeehouse, the Union, at our table in the middle room. I’m warming my hands on a cup of tea, just as I used to in the old days. The street hasn’t changed at all. You’re sitting opposite me. Your mother has just left us. You’re the only person for me in the whole world… The only one.

The world is empty and I can’t stand it. I want to die.”

The diary ends in despair with Hana sitting in Prague and the person she wants to be with is no longer there. And yet the extraordinary thing is that the rest of her life was so full of energy and optimism. She went on to have a very successful career as an actress, to have a second family. How do you think she managed that?

“I think her second husband, Jiří Pravda, had a lot to do with that. He was an amazing person, and incredible sense of humour, also very wise, a very strong personality. I think that and the acting got her through the worst parts. Imagine the situation: you came back and everybody you loved was gone.”

There are plenty of books about the concentration camps, all similar to each other, all horrifying, and different only in the reactions of each personality who lived through them. My diary was completely private – not writing as an accusation, or as the memoirs of a witness. And it was written then.

I can’t forgive the perpetrators of this evil, nor do I want to forgive. I have never obtained a mandate from all the innocent victims to do so. I want to remember the victims always, and I believe that the guilty should be punished.

But there is some hope in my heart. Vaguely, childishly, I still believe in God and in immortality, and that gives me the strength to go on living, as I hope it does for others as well.

Hana Pravda’s book, “I Was Writing This Diary For You, Sasha” is published by Day Books. You can find more details at www.day-books.com. 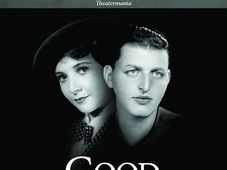 This summer, an off-Broadway theatre in New York put on a play about the actress Hana Pravda and the athlete Miloš Dobrý, two extraordinary…