Pavel Mandys: Milking the Magnesia Litera awards to the maximum

Next week, books in the Czech Republic will have their moment in the media limelight. Czech Television will be screening a glitzy awards ceremony for this country’s best-known literary awards, the Magnesia Litera. Over the last sixteen years the awards have helped to draw attention to writers, poets, translators and publishers. There are no less than nine different categories, helping to give the awards ceremony a flavour of the Oscars – a deliberate strategy of Magnesia Litera’s media-savvy founder, Pavel Mandys. He came into the studio to talk to David Vaughan. 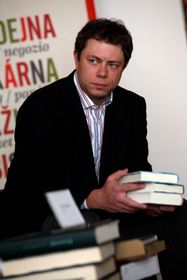 Pavel Mandys, photo: archive of Pavel Mandys The Magnesia Litera awards have been remarkably successful in bringing books into the mainstream, turning each year’s overall winner into a media celebrity, and drawing attention to books across the spectrum of Czech writing. This breadth of scope, says Pavel Mandys, is the secret to the awards’ popularity and influence.

“The secret is simple. It’s the only prize that covers all the books in the market. There are more literary prizes in the Czech Republic, but they are still particular – for young writers, translators and so on – but this award has different categories, with one book which gets all – the Book of the Year.”

“We want to cover all types of books and this year we have a new category – covering journalism, essays and memoirs, books not written by writers and not written by academics and scientists. So, it’s something in-between. It’s closer to the readers than academic works.”

I’d be interested to know what has been nominated this year in this new category.

“It’s three totally different books. One is by Ondřej Kundra, called Putinovi agenti – Putin’s Agents – and it’s a work of investigative journalism. He uncovers how the contemporary secret agency of Russia carries out not only espionage but also a disinformation war, which is now a big theme in Czech media, because there are many webs supported by the Russian government that spread a lot of disinformation on the Czech web. Then there is a book of interviews, called RR rozhovory – RR Interviews – which is a collection of interviews from the magazine Revolver Revue. It’s a magazine that was founded in 1985 in the Czech underground movement, and now it’s a kind of cultural and social magazine. And then there is the third nomination, which is perhaps the most unusual book this year. It’s called BRNOX and is by Kateřina Šedá. She’s an internationally known artist, and this book is about a quarter in Brno, called Bronx, where many Gypsies, Vietnamese, “gastarbeiters” and poor people are living. Over three years she made a kind of Baedeker.” 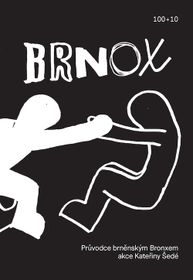 Photo: archive of Kateřina Šedá So, it’s a kind of guidebook.

“It’s partly a guidebook. There are nine roads through this quarter.”

Perhaps I should explain that this is an area near the centre of Brno – the Czech Republic’s second city – and it’s one of the few places in the Czech Republic that has an inner city feel to it. It feels slightly dangerous. I don’t think it really is, but it’s that sort of place.

“Yes. It’s a very funny book, because she doesn’t have any prejudices. She just wants to know how people are living there, how are they doing, what they believe in and all those things a normal Czech is not interested in.”

And it’s been put together in quite an unusual way. It’s a guidebook, but a guidebook with a difference.

“There are crosswords, fake maps, there are fake ads and many other inventive things in there.”

The section in the Magnesia Litera awards that always attracts most attention is prose. You have six finalists and one of the things that I find so fascinating about this year’s choice is the diversity.

“Yes. Some are diverse, some are similar. Two books are looking into the Czech past. One is by Aleš Palán called Ratajský les – Rataje Wood. The second is by Michal Přibáň, Všechno je jen dvakrát – Everything is Only Twice. The first looks back into the time of the communist regime in the 1950s and the second in the 1970s.”

But both books are interested in the present, in how we deal with the past now…

“They are set both in the past and the present. Both books are struggling with responsibility and with communist informers. Who can judge them today?”

And then there are some books that are very personal and intimate.

“There is one more intimate book by Zuzana Brabcová, called Voliéry – Birdcages – and it’s a more intimate kind of poetry in prose. The next nominee, Ladislav Šerý is a bit similar, with the book Nikdy nebylo líp – It’s Never Been Better. Both are about contemporary people living here in Prague – listening and enjoying time and people.”

There’s one book that deals with a very current theme, the refugee crisis in Europe.

“Yes, it’s Únava materiálu – Material Fatigue – by Marek Šindelka, and it’s an intimate view into the experience of the refugee in an unfriendly Europe in winter. It’s based on hunger, cold and everything you feel in a frozen landscape with no help from the locals.”

At last he took a deep breath. A strange involuntary sound escaped his mouth. An oddly childish sound. A quiet, high-pitched sigh. Like a child with a high fever muttering in its sleep. He took another breath. He put his hand to his throat and once again sighed quietly, because the breath hurt in his body. Then all was calm. Somewhere in the distance a dog began to bark. That brought him to his senses. Again, he noticed the stars and suddenly felt awfully glad that he could breathe. 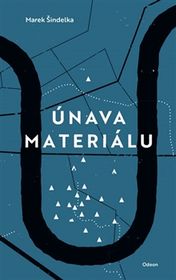 Photo: Odeon publishing This is not the only novel with a very current theme. Another of the nominations looks at an environmental issue.

“It’s about a fictional lake in a post-apocalyptic future. The lake is polluted and the main hero, a young boy, living in a fishing village by the lake, tries to get out of the village to find his mother.”

The book, called Jezero – The Lake – is written by Bianca Bellová, a writer in her forties who is already quite well established here in the Czech Republic.

It’s obviously quite difficult to come to general conclusions, but are there some trends or aspects that particularly struck you in this year’s nominations?

“More than usually, there are some social themes present. It’s not only the refugee in Marek Šindelka’s book, but also the Gypsies and ‘gastarbeiters’ in the book BRNOX. There is also a book about dying which a theme that is not very well received in Czech society. Nobody wants to get too close to death. But Ondřej Nezbeda has written a book about how we can and how we should behave towards dying people.”

And there’s one category which is not entirely new, but was introduced recently, which is for bloggers. That’s an interesting trend, because many people read and write blogs, and the blog has become a literary genre in itself.

“We are trying to find literary quality in the Czech blogs. And then the winner gets some money to make a book from the blog.”

Will the award help the winners and the other finalists in their future careers? Will it draw the attention of readers and publishers?

“It’s the same as in other European or American book prizes. The effect is immediate. The book that gets the title Book of the Year attracts a lot of reader interest. We’ve put together statistics about how the winning books are sold and in the recent years the books have sold twice or three times better than before.”

Does that apply to some extent also to the books that don’t win the overall prize?

“It helps in people’s career and a little bit in the shops, but it’s the winners that draw the most interest, both from journalists and readers.”

And we’ll find out who has won in April…

“Yes. It will be on 4 April with a ceremony in the National Theatre, covered by Czech Television. 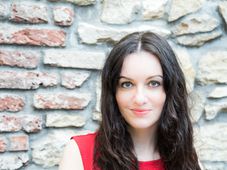 Pavla Horáková on her award-winning novel: I wrote the kind of book I myself would like to read

The winner of the prestigious 2018 Magnesia Litera Award for Prose went to journalist, translator and writer Pavla Horáková for her… 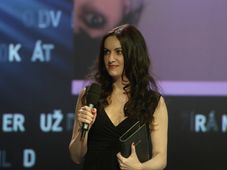