Historically low unemployment rates are having unusual side effects on the way companies treat their employees. News server Aktuálně reports that companies sometimes have to tolerate drunk and otherwise intoxicated employees for fear of having no one to replace them if they were fired. 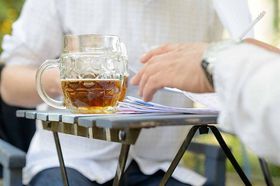 Photo: Khalil Baalbaki, Czech Radio The standard employment contract makes it easy for companies to sanction, or even fire employees if they are found to be using drugs or drinking during working hours.

However, bosses are increasingly turning a blind eye to drug use and alcohol intoxication among their employees, at least according to insights from a number of recruitment bosses gathered by news website Aktuálně.

Tomáš Surka, from staffing firm Devire, told Aktuálně journalist Kateřina Hovorková that drug tests among junior employees have seen a noticeable decrease due to the lack of replacements available on the labour market.

Not only are companies less eager to make sure their employees undertake tests, but some bosses are also actively focusing on ensuring their more problematic employees stay at home when such tests take place, Jiří Halbrštát, another recruitment professional, told Aktuálně.

One warehouse employee is reported to have said that that usually rum, vodka and beer are drunk from plastic bottles. The most popular drugs include marihuana and methamphetamine.

Drug and alcohol use is also a problem among those working in upper management. 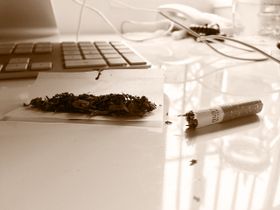 Photo: yurton, Pixabay Substance abuse among this group tends to be the consequence of too much motivation and a need to work and stay vital for longer hours, Jiří Halbrštát told the news server.

Cocaine, is often used for this reason as it can help managers work non-stop for months, but the eventual breakdown from exhaustion impact on the individual and subsequently their businesses can be considerable.

According to available data, around one third of managers consume either alcohol or drugs, the former being more prevalent among older employees, while 30 to 35-year-olds are the group with the largest amount of drug users, headhunter Markéta Švedová from Recruit CZ told the news server.

She says that recruiters often come across prospective candidates between the ages of 40 to 45 who are experiencing a “career break”.

Leaving a corporation and spending a year of vague consultancy work, can be a sign of a forced pause from work, she says. This can be caused either by the individuals own decision to get their personal life in order, or pressure from their former employer.