Prime Minister Andrej Babiš says he will receive information within the next week from the country’s operators pertaining to mobile data prices in the Czech Republic. The relative high cost of data in this country has become a political issue in the last few weeks. 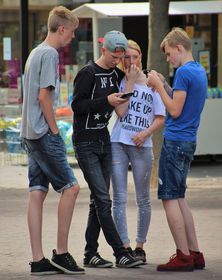 Photo: natureaddict/Pixabay, CC0 Prime Minister Andrej Babiš says he will receive information within the next week from the country’s operators pertaining to mobile data prices in the Czech Republic. The relative high cost of data in this country has become a political issue in the last few weeks.

Following talks between Mr. Babiš and representatives of T-Mobile, O2 and Vodafone, the director of the Association of Mobile Network Operators, Jiří Grund, said his members would supply the PM with information on the development of real prices in recent years.

Last month Marta Nováková, the minister of industry and trade, hit the headlines over a statement she made on the price of mobile phone data in the Czech Republic, which ranks among the highest in the whole of the EU.

Nováková, appointed by Mr. Babiš’s ANO party, said that this was because Czech consumers were relatively reluctant to purchase data, making it harder for operators to make a return on their investment.

For their part, the operators say unflattering international price comparisons frequently cited in the Czech media are misleading as a high percentage of customers in this country benefit from individual special offers.

Mr. Babiš responded to this on Tuesday by saying the operators will finally hand over actual figures as regards the price of data in the Czech Republic. They should no longer hide behind below-the-counter offers, he tweeted.

The government’s chief digital officer, Vladimír Dzurilla, said many contracts were based on prices outside the official price lists set by the operators. This is why they need to provide info about the genuine state of the market, he said.

Mr. Dzurilla said planned amendments to the law on telecommunications should shake up the market and bring about greater pressure to cut prices. Among other things a government bill would make it easier for clients to switch operators.

A spokesperson for O2 said the prime minister had presented operators with several tasks that they would get working on, adding that the company was willing to cooperate further.

An auction for a fourth operator on the Czech mobile market is planned for later this year, with some experts saying the arrival of another player will prove a boon to the country’s 14.5 million mobile services users.

The prime minister said at the end of last month that the state would hold talks in March and April with operators from the US, Italy, France, the UK and South Korea over the planned fourth operator’s slot.

On Friday that Czech Telecommunications Office is due to issue the preliminary findings of an analysis of the country’s mobile wholesale market. It will point to a lack of competition and the fact that operators tend to act in unison, the Czech News Agency reported.