The biggest test of the roll-out of the Ministry of Finance’s flagship measure, electronic cash registers or EET as it is known under its Czech acronym, comes on Wednesday. 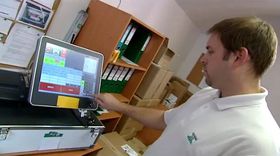 Photo: Czech Television That is when around 250,000 businesses should become liable for using the registers under the second stage of the four stage process.

In the first stage at the start of December, just around 45,000 businesses, mostly restaurants, pensions, and hotels, became liable to use the registers in a move which finance minister and leader of the ANO party, Andrej Babiš, says is a fundamental crackdown on tax avoidance and the grey economy.

The companies now in line for EET are retailers from the smallest corner shops to large specialist shops. Some types of electronic commerce, such as those retailers who are paid using PayPal, will also be liable.

First indications suggest that many of these stores have not prepared that well. As of mid-February, less than half of the latest wave of EET users, around 102,000 firms, had registered with local finance offices to carry out transactions.

The ministry of finance promised some leniency ahead of the first wave, saying that business which honestly attempted to get to grips with the new system but failed for various reasons would not be immediately fined. But the tone appears to have changed ahead of the second wave. Deputy minister of finance, Alena Schillerová, suggested that firms have been given plenty of notice and should not expect too many favours this time round.

Following the launch of the first wave, almost 7,700 checks have been carried out by finance ministry officials by February 20. They registered just over 1,000 cases where companies failed to follow the rules and levied fines totalling almost 87,000 crowns. The top fine for breaking the rules is 500,000 crowns.

Wednesday’s broadening of electronic registers affects just over 40 percent of all those which should eventually be liable. The third phase involves 160,000 companies or self-employed and the fourth, affecting everyone from hairdressers to painters, another 150,000. 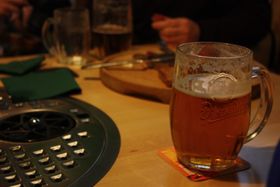 Photo: Barbora Němcová The jury appears to be out so far over how effective electronic cash registers are. The Ministry of Finance declared in December that declared turnover from restaurants and hotels doubled from the previous period. Much of that increase was put down to businesses coming clean over their real turnover.

A largely inconclusive war of words was also waged over how many small pubs and restaurants actually closed because of the EET obligation. Breweries, who claim to have a particularly good insight, say that hundreds have closed because of the extra bureaucratic burden. And many businesses, especially in the regions outside Prague, complain that some of the expensive hardware and software they have bought to comply with the ministry’s demands simply do not work, or function intermittently on the ground.

One such businesswoman told Radio Prague that her EET provider said it gave no guarantees that the system would actually work when she had problems and that the only option offered by the phone company, O2, was to get in contact with one of their helpers for a paid session to try and iron out the issues. She closed the business while trying to get the problems resolved. 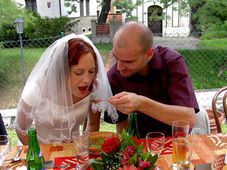