Czech measures to deal with its nuclear waste backlog are again under scrutiny as the country faces possible European Commission sanctions for failing to pass on its domestic plans for dealing with nuclear waste from power plants and other civil activities and an update of the existing strategy taking place. 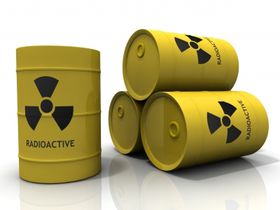 Photo: Idea go, FreeDigitalPhotos.net Czech plans for dealing with nuclear waste have been put under the spotlight once again thanks to a European Commission warning calling for the country to outline its plans for deal with nuclear waste. The Czech Republic was last week one of five states which the Commission said had failed to pass on their long-term nuclear waste plans by the original deadline of August 2015. The other countries include, somewhat ironically, largely non-nuclear Austria, Italy, Portugal, and Croatia.

The Czech Republic set out a strategy to deal with high radioactive nuclear waste already in 2002 with the main focus on finding a deep storage site. The preliminary search has been focused on seven localities which are reckoned to be geologically suitable as well as near the Dukovany nuclear power plant. But there have been vociferous public protests at most of the sites causing the current government to back down and promise that no steps will be taken in the face of opposition. Even so, a timeline for choosing a deep repository has already been set with the selection of a site due to take place in 2025, construction started in 2050, and the final facility ready by 2065.

But the aged 2002 strategy is now being updated with public consultation part of the process. Environmentalists on one side argue that the existing framework focused primarily on the search for a deep repository should be overhauled and that the country should take its time and keep its options option with technological advancement likely offering other options for radioactive waste in the near future. 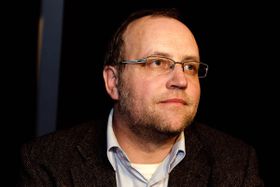 Edvard Sequens, photo: Khalil Baalbaki Edvard Sequens is the energy expert for the environmental group Calla and had this to say to public service broadcaster Czech Radio:

ʺThere is currently a lot of pressure to choose a site with a very short timeline to select two possible locations by 2020, which is pretty unrealistic. And a final site should be selected by 2025. There is nothing currently to suggest that there will be a delay to those plans. In fact, it is already expected that an underground laboratory could be created in 2035 and after that, if the geological conditions are acceptable, the deep repository could go ahead.ʺ