The Czech power company ČEZ has said it will temporarily halt operations at its coal burning plant in Bulgaria as of the beginning of next year after it emerged that a planned investment to bring the plant up to EU environmental rules would not be economically justifiable given the cost of electricity. 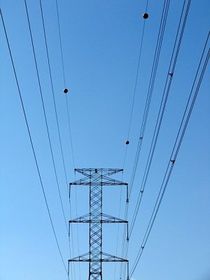 Photo: archive of Radio Prague Yet another of ČEZ’s investments in the Bulgarian energy sector is proving highly problematic. The company has for several years now been caught up in a dispute with the local power regulator over the price of electricity which the regulator considers to be excessively high and is threatening to revoke ČEZ’s licence together with those of Energo-pro and EVN.

Now talks with Bulgaria’s state-owned Energy Holding on setting up a joint company to fund the urgently needed environmental upgrade of a coal burning plant in the Black Sea port of Varna have hit the rocks. According to the Reuters news agency a market analysis showed that the investment –which was to have extended the lifespan of three of the plant’s six units - would not be economically justifiable since the plant would be producing electricity at a cost that would not be competitive in the regional liberalized energy market. ČEZ, which had previously cancelled plans to invest 100 million euros into the three units due to unfavourable market conditions, said it was still pushing forward with efforts to sell or rent the plant.

The ČEZ power utility acquired the Varna power plant, which serves as a backup to the national power grid, in October 2006 for 206 million euros and invested another 100 million euros to increase its capital. The plant’s generating capacity of 1,260 megawatt makes Varna the largest conventional plant owned by the ČEZ Group. However it cannot continue to work without environmental upgrades and will be closed down on January 1st, 2015 until a solution can be found.

Bulgaria’s Deputy Economy Minister Anton Pavlov has meanwhile stressed the importance of keeping the plant functioning. He pointed out that the Varna based plant gained crucial importance in the winter season and could become a much needed source of energy if Bulgaria was hit by a gas crisis. On a recent visit to Prague he did not rule out the option of the state buying back the plant if no agreement was reached on its upgrade.