The Chinese state-owned enterprise China Railway Signal & Communication Corporation has signed a deal to buy a majority stake of 51 percent in the Inekon Group from its founder Josef Hušek. Inekon, a Czech tram producer, will thus receive a marked financial boost and a strong foothold in the Chinese market. In addition to tram parts, it will provide know-how at a new production facility just built.

Photo: Inekon Group Mr Hušek told Czech daily Mladá fronta Dnes, that China was currently seeing a boom and transformation in rail travel, of which Inekon wanted to be a part. China Railway Signal & Communication Corporation (CRSC) he made clear, was no bit player, but a major enterprise with a turnover of 50 billion euros, large profits, meaning access to the government and regional administrations. Dnes points out that China as a country has 80 cities with populations numbering more than five million inhabitants: it is perhaps not surprising, given commuting and travel needs, that there is major potential in tram transport.

Inekon is also a part owner in a new tram factory just completed in Changsga, the capital of the province of Hunan: the firm owns 17 percent. The producer will take part in its first tender this autumn to build around 20 vehicles for one local city. It is expected to be only the first of many possible deals. The plant is located in a customs-free zone and is an hour away from Chinese partner XEMC with which Inekon developed a prototype for a new Chinese tram at the combined cost of around 200 million crowns. The new tram will be built largely from Chinese components with the exception of the doors, air conditioning and electronics, to be produced in the Czech Republic. The factory should be able to produce 500 units of the new model annually.

As for the majority buy up in Inekon? No figures have been stated. Owner Hušek told Dnes the final sum depended on analysis conducted by the Czech branch of the professional services firm Deloitte. He said, however, he expected the deal to be finalized by the end of the year.

Originally, Inekon began as a provider and partner for Plzeň’s Škoda Transport, but then became competitors after the firms suffered a business breakup and Škoda went on to develop its own tram and dominated in contracts in the capital and other Czech cities. Abroad, Inekon – until now – had seen success primarily in the United States, in four cities to be specific: Washington D.C., Portland, Seattle, and Tacoma, writes Mladá fronta Dnes.

The Czech tram manufacturer Inekon has won a tender to sell trams to the US city of Detroit. The deal, worth 30 million crowns (roughly…

Czech trams, or should we say streetcars, are now running on the tracks of the US capital in what promises to be a prestigious shop… 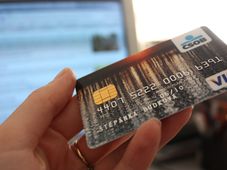