Moves to get Chinese businesses to look at the Czech Republic as a base for expansion seem to be having some results. One of China’s leading pharmaceutical producers recently scouted the country to determine whether it could be a distribution or production launch pad for the EU. 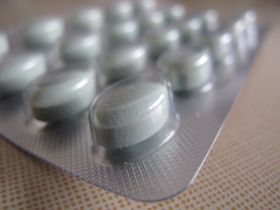 Illustrative photo: Kristýna Maková The Czech Republic has successfully sold itself so far to South Korean companies as a footfold for getting into the European market. Low cost labour, between a third and half the cost of South Korean wages, and a central location near Germany, are clear selling points. And the hope is that the same sales spin will work with the Chinese.

Even ahead of the opening of direct flights between Prague and Beijing, now scheduled for September 23, at least one big time Chinese businessman appears to have taken the bait and is prospecting the Czech Republic as a possible European launch pad. Introducing then Mr Xiu Laigui, a self-made man who gave up his job as a policeman and in 1995 took over a small pharmaceutical company on the verge of insolvency. Twenty years later the rags to riches story has largely been scripted and it only remains for more wealth and expansion to be stacked up.

The small chemical company on the brink, since re-baptised as Xiuzheng Pharmaceuticals, is now the biggest privately-owned pharmaceutical company in China with 80 products, a handful among the county’s best sellers, and 1,000 patents. Mr. Xiu Laigui’s personal wealth is now estimated to be approaching 2.0 billion US dollars. The Chinese pharmaceutical market, already the third biggest in the world, is only expected to gallop ahead.

So far, Xiuzheng Pharmaceuticals lacks any European presence. The recent Prague trip is reported to have been aimed at scouting around for possible partners and trying to get to grips with what hurdles might have to be dealt with to get into the EU market from a local base. Meetings were reportedly held with Minister of Industry and Trade, Jan Mládek, the boss of the Czech hospital beds producer, Linet, which has a thriving export business to China, and also the multifaceted group Penta, which numbers the Dr. Max drug chain, the biggest in the country for such products, amongst its assets.

Xiu Laigui is said to primarily want to set up his own production facilities in the Czech Republic. That will depend on obtaining the required production clearances. If that does not pan out, then the Czech Republic could in the first instance serve as a distribution centre for drugs produced in China, but that will also need a lot of paperwork to be filled in and distribution permits acquired.

In the rags to riches story there has been one discordant note. That came in 2012 when a scandal broke out over the use of an industrial gelatin in the production of some products. Xiu Laigui says the incident was totally artificial and that his company was never found guilty of anything. But the impact on the company’s sales and its image were long lasting and far from negligible.