Chinese investors are set to build a brand new spa resort in the small South Moravian town of Pasohlávky. On Friday, the representatives of the company Thermal Pasohlávky signed an agreement with Chinese developer Risesu. 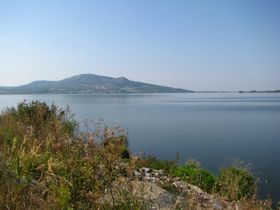 Nové Mlýny water reservoir, photo: Barbora Kmentová The contract was signed during Czech Prime Minister Bohuslav Sobotka’s visit to China. The prime minister, along with the South Moravian governor Michal Hašek, were present at the signing. The governor hopes that the new spa will attract more visitors to the region.

The Pasohlávky spa is supposed to be the biggest spa resort built as a greenfield project in Central Europe. It is estimated to cost around two billion crowns. According to Michal Hašek, it should be completed by the end of 2019 at the latest and offer at least 500 new job opportunities.

The huge spa resort will cover an area of approximately 20 hectares. There will be twelve buildings on the premises and the centre will accommodate up to 2,000 guests. Apart from traditional spa care, it will also include a pavilion devoted to traditional Chinese medicine and a rehabilitation centre.

The spa resort will be intended mainly for Czech and Austrian clients but according to Michal Hašek, it will also attract Chinese.

The idea of building a spa in Pasohlávky appeared back in 2007, when the South Moravian region and the town hall of Pasohlávky established a company called Spa Pasohlávky. At the same time, the municipality started to build new infrastructure for the future resort. In 2014, the South Moravian resort launched talks with investors form the Chinese Hebei province. Some experts from the spa sector, however, have reservations about the project, arguing that such a huge resort will inevitably face a lack of skilled workers as well as lack of natural resources.

The town of Pasohlávky, which has around 700 inhabitants, is located some 30 kilometres south of Brno, on the edge of the Nové Mlýny water reservoir and has hydrothermal sources in its area.

With the nearby Pálava nature reserve and the UNESCO-listed Lednice-Valtice chateau, the South Moravian region is a popular tourist destination. 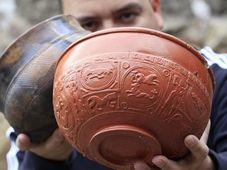 The Region of South Moravia is notably rich in archaeological sites, having been home to Celtic, Germanic and other tribes before the… 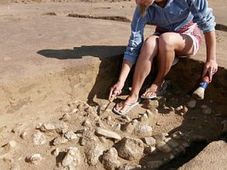 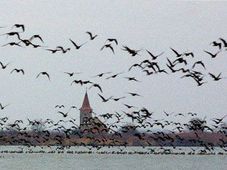