The City of Prague and the City’s Transport Authority are planning to introduce an annual pass that could be purchased on an instalment basis, in order to make it more accessible to poorer people, the daily e15.cz reported. 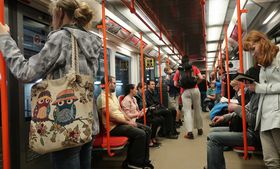 Photo: Lenka Žižková Under the new system passengers would buy monthly coupons until their cost equals the price of an annual pass and they would ride for free for the rest of the year.

The annual transport pass for an adult currently costs 3,650 crowns, while the price of twelve monthly passes would cost 6,600 crowns. The customers would therefore save nearly 3,000 crowns on instalment payments.

“It is a solution for the poorer residents of Prague. If they have more than one child over the age of 15 and they also have to buy a pass for themselves, it is a considerable expense,” Prague deputy- mayor for Transport Adam Scheinnher told the Czech News Agency.

“The city has to re-consider its tariff structure. We could introduce cheaper monthly tickets, but the most likely and elegant solution is a system similar to the social security payments.

Once you reach the target amount, you have the rest of the year for free,” Petr Witowski, head of the Prague Transit Authority (DPP) told the daily, adding that the new system was not a loan but a form of instalment payment.

The Prague Transit Authority’s annual report for 2017 shows that the company made 2.3 billion crowns on the sale of prepaid time tickets, such as monthly and annual passes. The sale of regular tickets amounted to 1.7 billion crowns.

According to e15, the Prague Transit Authority posted a profit of 1.5 billion crowns in 2018, 400 million less than in the previous year and 200 million less than the income expectations stipulated by the city authorities. The drop in profit was caused mainly by a significant increase in operational costs.

The city councillors are now debating the plan with the city’s transit authority and with ICT, the company operating the Lítačka transit card. Talks with Ropid, the operator of Prague’s transport system, are set to follow. 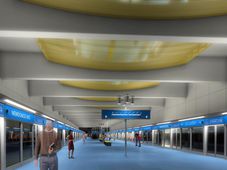 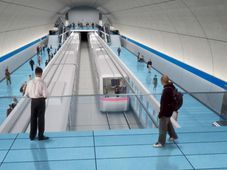