Czech Telecommunications Office (ČTÚ) head Jaromír Novák says postponing the auction of 5G frequencies by six months to May 2020 would cost the state at least CZK 6 billion in lost revenue. 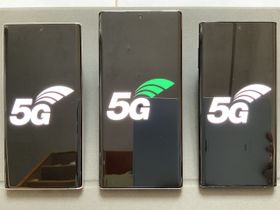 Photo: NOTE PHONE, CC BY-SA 4.0 “Auction revenue is a binding indicator within the 2020 state budget. But if the auction starts in May, I do not guarantee that the state will receive the auction revenue by the end of the year. This would be a problem,” Novák told the news server svetchytre.cz.

The auction was initially planned for the second half of 2019, but was postponed due to an objection by the European Commission to a network-sharing agreement between Telefónica and Deutsche Telekom’s local units, O2 CZ and T-Mobile CZ over competition concerns.

A probe into that deal was opened in 2016, due to a complaint by the third operator, Vodafone, against domestic telecom infrastructure provider CETIN over its package of wholesale prices for fixed Internet connection, claiming it would lead to a sharp rise in charges and amounted to an abuse of CETIN’s dominant position.

The network sharing cooperation between has been increasing in scope since 2011. Currently it covers all mobile technologies (i.e. 2G, 3G and 4G) and the entire territory of the Czech Republic with the exception of Prague and Brno, thus amounting to around 85 percent of the population.

In a preliminary decision issued in August, the European Commission stated it believed the agreement “restricts competition in breach of European Union antitrust rules”.

Now, Minister of Trade and Industry Karel Havlíček (for ANO) says it could be delayed further in order to allow more time to attract a fourth entrant. The current three operators have 14.5 million SIMs and hold 93 percent of the market.

Havlíček said it was more important to set auctions terms that encouraged broad participation rather than to hold it in January.

However, formally postponing the deadline could also lead to proceedings for failure to fulfil the obligations of a Member State.

Moreover, it could pose a problem for Czech industry, which without a 5G network would lose a large part of its competitiveness. 5G networks allow data transfer rates over one Gbit / s, which is ten times the speed currently achieved in LTE networks.

The ČTÚ plans to distribute the 700 MHz and 3.5 GHz bands in the auction.The 700 MHz band is planned to be released by TV re-transmission operators by mid-2020. 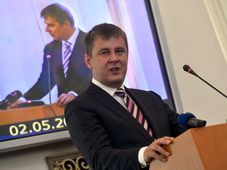