A 16-kilometre missing link of motorway should be opened up on Saturday linking Prague and Germany in the direction of Dresden. But while the champagne corks could pop for the event, the celebrations might be a little flat. 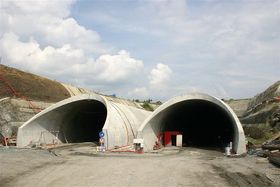 Illustrative photo: archive of ŘSD, CC BY 2.5 Construction has been frequently delayed, taking 10 years in all with the project history going back more than three decades. And some of the finishing touches still to be completed.

There are also worries about the stability of some sections of the 10.5 billion crown D8 motorway amid accusations that the right route and preparations for the route were not made. The D8 section saga might well sum up much that is wrong with the Czech construction sector.

And most of anyone who is anyone in the Czech construction and building sector could probably be found commiserating about that at Prague castle on December 15 for the annual review of the year organized by the specialist analytical and research company CEEC. Although the get together did not have the profile of a wake, many of the participants have had little to cheer in 2016.

According to CEEC’s research, the overall construction sector has seen a 9.3 percent decline in business for the first 10 month of the year. The engineering sector, heavily reliant on state contracts, has fared the worst with business shrinking by around 17 percent.

A drop in business was always on the cards for 2016 as the boost given by the last minute surge to complete EU funded projects in 2015 fell away and the pipeline of new projects coming through was slow to gain momentum.

But the sector, which was hit particularly hard by the 2008-2009 recession and has struggled to recover ever since, has more permanent problems as well – namely the whole complex construction permits process in the country with up to seven ministries possibly involved.

And the weakness has been highlighted by the World Bank as one of the biggest brakes for business in the country with the Czech Republic ranked 130th in the world for the speed, efficiency, and user friendliness of its building permits system. On average, it takes around 250 days to get all the paperwork in hand to put up a fairly simple warehouse.

On the upside, most companies in the construction sector expect growth in 2017 and 2018 of around 2.0 percent. And there are promises once again from the politicians that they will try to sort some of the problems out. Minister of Transport Dan Ťok already has put together a proposed new law on how to speed up the planning process for roads, railways and other transport routes.

One of the main changes would be the creation of a centralized single agency where all the permits would be granted. Much of the inspiration comes from the long existing German practices which have already been in place for more than 50 years. The new rules, already put out for consultation, could be approved in the second half of 2017. That’s too late for the D8 motorway, they might be in place for the completion of the D3 in the opposite direction down towards Austria and other delayed projects. 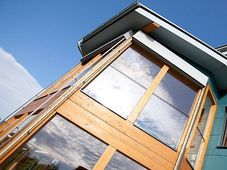 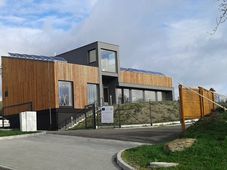