The biggest e-shop in the Czech Republic Alza.cz faces a million crown fine for selling goods on a public holiday. Inspectors, out in force on Czechoslovak Independence Day (October 28) to monitor adherence to a newly enforced ban, found that 12 stores violated the law and others tried to find ways of by passing it. 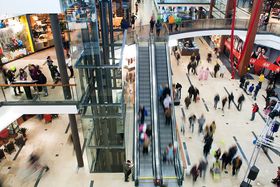 Photo: Tomáš Adamec For the first time since the fall of communism, Czechs found their consumer cravings curbed by a sales ban affecting outlets bigger than 200 square metres. According to a new law, which caused fierce controversy in Parliament and took years to push through, larger shops now have to close their doors on eight public holidays of the year, among the October 28, Christmas, Easter Monday and May 8.

On October 28 inspectors conducted more than 400 checks around the country, handing out fines to 12 shopping outlets, in many cases second-hand stores which should have stayed closed regardless of their size. Most large stores complied with the ban, but some tried to get around it, loathe to lose customers on one of the best sales days of the year when people are free to spend an unlimited amount to time browsing and shopping.

Some arranged PR events without selling goods, such as the toy store Hamleys newly-established in Prague, which was deemed in order but others overstepped the limits – one bookstore offered customers a discount if they reserved goods on the public holiday and came in to collect them on a regular week day.

Alza – the biggest e-shop in the country selling electronics opened its outlets for customers to pick up goods and at the same time place electronic orders at its counters. Inspectors working undercover placed an order, paid for the goods and picked it up in the space of minutes, promptly slapping the e-giant with a fine of one million crowns (37,000 euros).

While the stores fined are still seeking a line of defence, the Czech Chamber of Commerce and the Association of Trade and Tourism are preparing to lodge a constitutional complaint against the law on the grounds that it discriminates large sales outlets. According to the head of the Czech Business and Trade Association Marta Nováková large sales outlets lost 4 billion crowns in profits on that one public holiday. 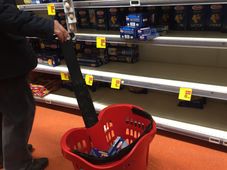