Foreign and internal economic factors will cause the Czech exports sector to lose its breath in the second quarter of 2019, at least according to an export prediction method produced by the Exporter Association and Raiffeisen Bank. Authors of the study say that the under saturated labour market in the Czech Republic has forced many companies to delay their deliveries and thus hindered potential orders from abroad. 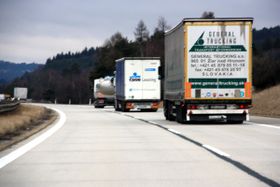 Photo: Barbora Němcová The Czech economy has been one of the best performing EU economies in recent years and maintained relatively solid year-on-year domestic growth in the final quarter of 2018, despite a downturn in the Eurozone.

This hopeful finish included exports, which reached year-on-year growth of 2 percent in December and 3.4 percent for 2018 in total. But challenges still lie ahead, economists are saying.

Data from the Export Index, a prediction method co-authored by the Exporters Association (Asociace exportérů) and Raiffeisen Bank, which uses a series of statistical data and selected leading indicators to predict Czech export performance in the immediate future months, shows that the country’s export volume is likely to slow down in the second quarter of this year.

“The main reason behind this is the negative outlook for foreign demand especially from the Eurozone and the United Kingdom as well, which is planning to leave the EU.”

The low foreign demand is not just caused through uncertainty in foreign economies, but also due to domestic factors as well. Ms. Horská says many companies have to delay their exports, because there are not enough workers to saturate production needs.

“The Czech labour market is exhausted. We have a historically low number of unemployed people. There are now a higher number of vacancies than unemployed people. Czech companies faced a labour shortage last year already. These companies had to limit, or postpone their production, so some companies had a problem to fulfil their orders. This is also why Czech exports and industrial production slowed down last year.” 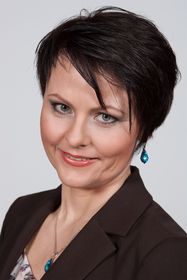 Helena Horská, photo: archive of Raiffeisenbank The brunt of the negative impact will hit the car industry, which is heavily dependent on German economic performance, currently affected by Eurozone regulations.

Meanwhile, electronics exports, a sector that makes up around 14 percent of the economy according to CzechTrade data, grew in the last quarter of 2018 and helped keep the overall exports and industrial production in the black.

Ms. Horská says she expects Czech made electronics to continue to do well on the export market.

“Especially the electronic and electric sectors will grow, because we are likely to see a higher impact on demand, especially when it comes to electric machinery.”

Asked about the longer term, the Raiffeisen Bank economist is optimistic however.

She says that, while a slowdown in the first half of 2019 is expected, the second half of the year should see a slow acceleration in the Eurozone.

However, the peak of the economic cycle has passed, Ms. Horská says.