The financial sector in the Czech Republic is one where some of the top paying jobs are to be had. But there’s a reverse side to the coin as well with some back office and low level jobs earning relatively poor wages. And that’s one of the main reasons for a strike threat by workers from Czech in the financial sector. 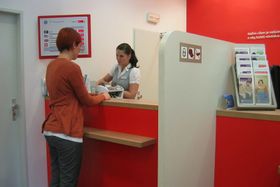 Illustrative photo: Eva Odstrčilová The strike threat from the Trade union of Banking and Insurance Employees was issued November 14 and covers workers in banks, insurance companies, and health insurers.

The union says it has been trying to negotiate a new pay and conditions package for the last 14 months as well change aspects of an outmoded 20 year old agreement without any real signs from employers that they are willing to make concessions. A move by the Ministry of Labour and Social Affairs to try and mediate a breakthrough in mid-October failed to deliver major results and that avenue is no longer being pursued.

The union adds that poor conditions in these low paid areas are resulting in high staff turnover of around 25 percent in the sector. With it often four to six months to train new employees before they are fully competent, that is having an immediate impact on the levels of service to customers at branches. It says around 700 vacancies in the sector are on offer daily with many staff voting with their feet to quit their jobs and find employment elsewhere.

Wage differences in the financial sector between men and women, averaging around 40 percent for the same positions, are amongst the biggest across the board in the Czech Republic, the union adds.

And overall the work culture in the sector has taken a dramatic downturn with employers trying to squeeze more out of their staff and demanding higher output and qualifications often without allowing workers to get the training needed.

The union highlights a report by the Mobbing Free Institute which shows the financial sector as the fourth worst in the Czech Republic for the twin phenomenon of mobbing and bossing. Bossing is defined as the systematic bullying, usually by a superior. Mobbing refers to sustained psychological pressure usually aimed at lowering the victim’s self-esteem and standing. 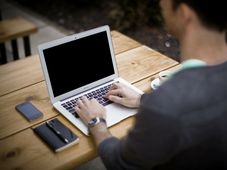