The Czech Republic’s national record on consumer protection has not been outstanding with scandals often erupting about sharp practices by salesmen and companies. But ministries on Monday won support for moves to clarify and strengthen consumer rights. Illustrative photo: Pixabay, CC0 Public Domain Consumer rights under Communism got short shrift. You got what you could by fair means or foul and didn’t argue with the quality. And in the decades since the picture has not changed appreciably in spite of European Commission attempts to kick start a consumer rights movement and culture. Government agencies have often prioritised companies over consumers and consumer rights themselves have frequently been a second thought or merited remedial action when abuses got out of control.

The Czech government on Monday moved to remedy some of the problems by clearing the Ministry of Industry and Trade and Ministry of Justice to jointly come up with a new consumer law that should address some of the biggest problems.

One of those is the confused state of Czech consumer legislation with at least three laws sometimes covering the same issue and consumers and companies both confused about where they stand. The new law promises to be a lot simpler and transparent for all concerned, for instance, stating what are the obligations of buyers and sellers in one place.

It should also seek to address specific current problems linked with the practice of many companies bullying buyers to agree to pay for services or goods over the phone although they have barely understood the full implications of what they are agreeing to.

The new consumer law should spell out that such contracts only have full legal effect when they are signed and that phone agreements have no standing with buyers able to back out of such agreements without any penalty. Jiří Havlíček, photo: archive of Ministry of Industry and Trade It should also step up the details that must be given consumers in person, over the phone and on Internet and especially when dealing with complicated financial services. And the gaps in Czech adoption of European consumer protection laws should be filled in. Brussels is currently finalising a broad survey of its current consumer rules with an eye to suggesting further measures where gaps should be closed and changes suggested to keep pace with the increasing transfer of sales and marketing to the Internet and away from face to face contract where buyers can attempt to iron out issues.

But it should be underlined that the consumer protection boost is still a proposal with backing from the current government only. As industry ministry Jiří Havlíček pointed out, fleshing out the full details should fall to a future government following elections in October: "This demands a very difficult legal overhaul which will demand some time. We believe that if we can limit this duration to the middle of 2019 it should be possible given what we have to do." 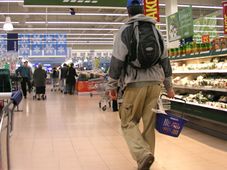 One of the country's biggest manufacturers of kitchenware is recording millions of crowns in losses. The Italian authorities have… 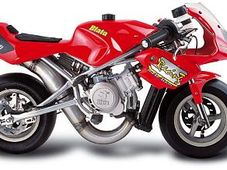 It has been said countless times that research and innovation are vitally important if Europe is to remain competitive internationally.…