Foreign filmmakers and TV crews spent nearly 5 billion crowns last year in the Czech Republic, a jump of nearly two billion crowns compared to 2017. With the state having paid out some 800 million crowns through an incentives scheme, the return on investment is solid. But competition is fierce – and heating up. 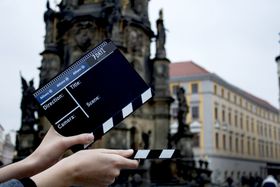 Illustrative photo: katicaj / Pixabay, CC0 The Czech Republic in 2016 tweaked its incentives scheme, governed by the Act on Audiovisual Works and Support for Cinematography, to better lure foreign producers. And it seems to have paid off.

For over two years now, the scheme has offered film and TV productions cash rebates on qualifying Czech and international “spend”, as they say in the business, including all work done in post-production.

What’s more, there is no cap on a per-project grant and, because it lacks a sunset date, studios consider it reliable.

But while foreign productions spent twice as much here in 2018 as they did in 2017, are the incentives enough? Perhaps not, Minister of Culture Antonín Staněk (Social Democrats) told Czech Radio.

“As the market evolves, of course it will be necessary to address this issue. If we were to consider a change in the future, we would of course have to find the financial resources to fund it.”

Competition to attract international audiovisual productions has always been fierce. Yet the 2016 revision was hard fought – and years in the making, following on a notable slump in visiting foreign productions a decade earlier.

Many countries have long offered more attractive investment incentives. Neighbouring Hungary, for example, offers a rebate of up to 30% of total cost. 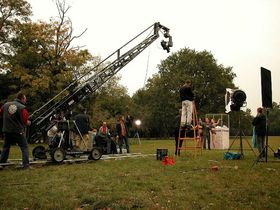 Illustrative photo: infinity / freeimages But according to Milk and Honey producer Radomír Dočekal, the Czech Republic is an attractive destination for foreign filmmakers not only because of money.

“The international crews do not have to bring staff. They can fill all the positions from the top to the bottom with Czech professionals.”

Incentives pay back in film tourism

Still, proponents argue, to remain competitive, the Czech state may soon need to boost its incentives to at least 25 percent level, which would boost state coffers by another 2 billion crowns a year. Doing so would also pay off in terms of generating film tourism.

Doing so would pay off in terms of generating film tourism. Fans like to visit the locations where their favourite films or TV series were shot, and a recent boom in tourism by Chinese and South Koreans stems directly from the popularity of productions shot here.

‘Knightfall’ proves a windfall, Jan Žižka biopic ‘Medieval’ should too

One of the biggest projects to have shot partly in the Czech Republic in recent years was the American series Knightfall. Now in its second season, the series recounts the final bloody days of the Knights Templar in 14th century France. 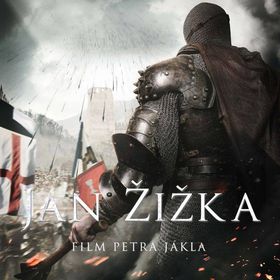 Film journalist Vojtěch Rynda notes the Czech Republic has a long track record when it comes to historical dramas and Knightfall tapped into the full pool of local talent.

“They really used the services of every type of traditional craftsmen, such as makers of armour, historical costumes, and such things in which Czechs have traditionally excelled. What’s more, Kinghtfall was really a high-budget series, so huge numbers were hired on for this project.”

The State Fund for Cinematography, which administers the incentives scheme programme, is also supporting local screenwriter-director Petr Jákl’s Czech-American biopic Jan Žižka, about the 15th-century Bohemian general who led the Czech Hussites to victory in a series of confrontations in religious wars.

American actor Ben Foster will portray Žižka in the film, which has the working title “Medieval”, opposite British veteran actor Michael Caine. 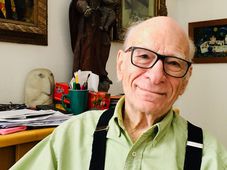 Gene Deitch, Part 1: The Oscar-winning US animator who made Tom and Jerry cartoons in communist Prague

Gene Deitch, who turns 95 next month, is by some distance the US citizen longest resident in Prague. Deitch had run a successful animation…