The Karlovy Vary based Jan Becher company, which produces the iconic Czech liquor known as ‘Becherovka’, has announced record export numbers for the fiscal year between July 2017 – July 2018, with eight percent growth. In a press release on Wednesday, the company said it intends to focus more on exports to western countries in the future. 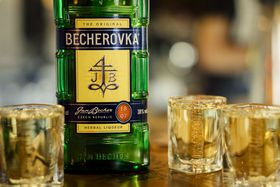 Photo: archive of Jan Becher - Karlovarská Becherovka Originally sold by Josef Becher of Karlovy Vary as a medicinal drink, Becherovka was highly popular and eventually became one of the iconic alcoholic beverages of Bohemia.

Today, the drink’s popularity continues to grow as Jan Becher – Karlovarská Becherovka, the company which producers the liquor, announced it has exported 3.6 million litres of Becherovka abroad in the past fiscal year, measured between July 2017 – July 2018. That is an eight percent increase in exports.

Part of the French based international beverage producer, Pernod Ricard, Becherovka is exported to more than 40 countries around the world and boasts particularly strong market position in Slovakia, Russia, Germany and Ukraine.

“We have also decided to expand our export policy and focus on expanding in the western direction. While the bitters category is very strong in this area, we believe that Becherovka’s unique taste and versatility of use will make it successful.”

Ms. Simová named the United States, Canada, Great Britain and the Netherlands as current priorities. The company will work with third parties while cooperating with local Pernod Ricard branches.

Aside from its reputation for special taste and as a medicinal drink, the 210 year tradition is also seen as factor that may help the company establish a grip in new markets. Currently, about 60 percent of Becherovka’s production is sold abroad.

Recently the company also changed its label design to a more exclusive look in a move aimed at attracting younger generations, something it has been trying to long term. 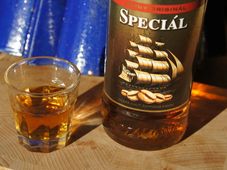 Czech rum gets European all clear