The number of long-term unemployed in the Czech Republic in June was less than half the figure for the same month three years previously. Indeed, according to figures released by the national Office of Labour, the long-term jobless rate is way below the number of positions being offered. Illustrative photo: Gerd Altmann / Pixabay, CC0 In June a total of 116,691 people in the Czech Republic had been out of work for 12 months or more. In the same month three years previously that figure had been pushing close to a quarter of a million, Czech Television reported, citing data from the country’s Office of Labour.

Indeed, the number of long-term jobless is considerably less than the number of vacancies offered by the Office of Labour. That figure stood at 183,500 in June.

Lukáš Kovanda is chief analyst with the brokerage firm Cyrrus. He offered this perspective to Czech Television.

“In terms of international comparison, the share of long-term unemployed is below average in the Czech Republic. So in that respect it can be seen as a good sign with regard to the Czech labour market.”

However, while the number of long-term jobless is on the decline, the average period that such individuals are out of work is growing. While in January that figure stood at 660 days, by last month it had grown to 745 days.

Around 30 percent of the long-term unemployed have not had a job for two years or longer.

Meanwhile, the long-term jobless account for just below 40 percent of all the unemployed.

Many of these people have only elementary education and either do not wish to work or lack the skills to do so, suggests economist Lukáš Kovanda. 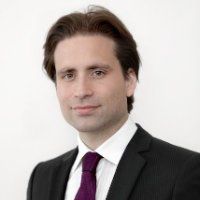 Lukáš Kovanda, photo: archive of Lukáš Kovanda “They have lost a considerable part of their working habits. They can’t be quickly reintegrated into the labour market. They’ve lost step with the modern age as regards knowledge of information and communications technology.”

The Office of Labour has put increased effort into dealing with the long-term jobless.

For instance, it introduced subsidies in the first half of last year aimed at encouraging people in areas of relatively high unemployment to commute to work.

To date just over 2,300 people have availed of the scheme, which typically offers payment of CZK 1,500 a month and involves commutes of between 10 and 25 kilometres.

People can also get a CZK 50,000 grant to move to an area where there are more jobs, but so far fewer than 50 recipients have been approved.

The overall unemployment rate in June fell to 4.0 percent from the previous month. That was the lowest level recorded in the Czech Republic in 19 years.

Despite crisis one in five Czech workers mull switching jobs

Despite the relative economic uncertainty sparked by the coronavirus crisis, Czechs are not necessarily holding on tooth and nail to…