The Czech Republic’s most powerful lottery and betting company Sazka is on Thursday marking 60 years of existence. Sazka, which operates the popular Sportka lottery, has survived the collapse of communism and bankruptcy and last week registered its second biggest payout ever. 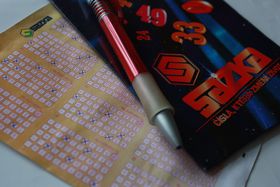 Photo: Barbora Kmentová Sazka was not the first betting company founded in communist Czechoslovakia. That title was held by Staska (short for Státní sázková kancelář, State Betting Office), which was established in 1948 and took bets on sports events.

State fundraising lotteries – including one called the Czechoslovak Class Lottery – were also held. However, following the controversial currency reform of 1953 all betting and lotteries were banned.

Demand did not abate, though, and in order to combat flourishing illegal gambling – and a considerable loss of revenues – Communist leaders allowed the foundation of Sazka on September 15, 1956.

Sazka initially only offered bets on sports events but at Easter 1957 introduced the Sportka lottery, which remains popular to this day.

The draw was called Sportka because the number of each of the 49 balls included was related to a particular sport (14 was for soccer, 19 for ice hockey and so on).

The money generated went toward organising the Spartakiad mass gymnastics events, Czechoslovak participation in the Olympic Games and building facilities such as Prague’s Strahov Stadium and Podolí swimming pool.

In the early days one entry in Sportka cost CSK 3. The maximum payout was CSK 40,000. A brief move to reduce the jackpot to CSK 15,000 in the early 1960s backfired as participation declined sharply, hitting the budgets of sporting organisations. 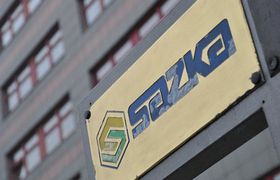 Photo: Marián Vojtek The Sportka draw was broadcast on Czechoslovak Television from 1973 onwards. Though the show was live, there were rumours that it was fixed.

At one point detectives weighed the ping pong balls used to make sure they were all the same, a former Sazka representative told Czech Television’s Retro programme.

Following the Velvet Revolution Sazka became Sazka ltd., the property of nine major sports organisations, including the Czech Union of Sport and the Czech Olympic Committee.

Lawyer Aleš Hušák took the helm at Sazka in 1995 and the company initially boasted extremely high revenues. A European agency rated it as the Czech Republic’s most valuable brand with a value of EUR 450 million.

However at the end of 2010 the firm found itself floundering, unable to make repayments on the then Sazka Arena, a multipurpose facility that had gone way over budget.

Sazka collapsed in May 2011 with debts of around CZK 15 billion. Today it is owned by the billionaires Karel Komárek and Jiří Šmejc and again makes a profit.

Last week it registered its second highest ever win, of CZK 201 million. The winner has yet to come forward, a spokesperson for the company told iDnes.cz. An unknown individual has made headlines in the Czech Republic, after the country’s prime betting company, SAZKA, announced that the…

The Ministry of Finance is set to launch a receipt lottery in October, the daily Hospodářské noviny reported on Tuesday. The lottery,…