The Czech military aircraft producer Aero Vodochody is marking the company’s 100th birthday with an exhibition documenting the development of its aircraft over the years. Titled “A century with Aero”, the exhibition showcases veterans – from its very first Aero A-1 which took to the skies in 1919 to its latest L-39 NG model launched in December of last year. 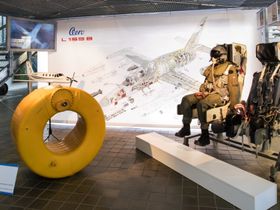 Photo: archive of National Technical Museum “A Century with Aero”, which opens at the National Technical Museum in Prague on Friday, is a treat for buffs of military technology and history. It provides models, period photographs and old documentaries showing the development of military aircraft from 1919 –when Aero launched its first in-house produced aircraft – to the present day, as well as telling the stories of some of the famous pilots who flew and broke records with the aircraft.

The firm, which is inextricably linked with the history of Czech aviation, was established just months after the foundation of independent Czechoslovakia. In the course of its existence it has produced over 11,000 aircraft and now provides deliveries and service support to customers in 60 countries.

The exhibition traces the various models produced in the 1920’s and 1930’s starting with a family of reconnaissance, bomber and training biplanes, followed by advanced bombers and trainers, as well as civil transport aircraft used, among others, by the newly- founded Czechoslovak State Airlines, and several types of aircraft produced under foreign license.

Visitors can view models of the Aero –A1, through the bomber and training biplanes A-11 and A12, the Focke-Wulf Fw 189 and Siebel Si 204 produced for the Luftwaffe as well Aero’s first jet trainer the L-29 Delfin produced in 1959. There is also the legendary L-39 Albatross, the predecessor of the L- 159 ALCA, which served 45 military and at least 15 civil operators and proved particularly popular with aerobatic teams. Today, there are still hundreds of L-39s flying all over the world.

And visitors can also admire the company’s latest model – the L-39 NG launched in December of 2018. This particular exhibit offers a special treat –visitors can board it and try for themselves what it feels like to sit in the pilot’s seat.

Thanks to a loan of old photographs from a private family album visitors can view the company’s development in the first years of its existence – between 1919 and 1924. The photos had never been shown to the public before.

The exhibition will remain open until November 17. 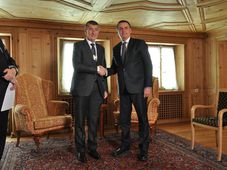 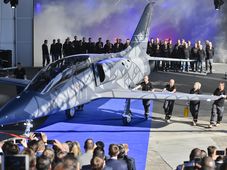 Czech aircraft manufacturer Aero Vodochody on Friday officially presented its new aircraft, L-39NG, a next generation model of the…