Czech pork and milk producers are finding it increasingly hard to compete with cheap imports from other EU states. Individual producers are seeking ways to sell their products directly to end-consumers and the Czech Agriculture Ministry is considering giving them additional support from the state budget. 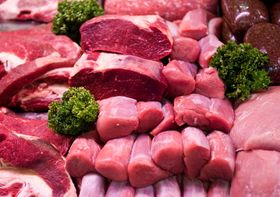 Photo: Filip Jandourek Czech pork and milk producers have been struggling to hold their own against the growing amount of cheap food imports for over a decade but according to Agriculture Minister Marián Jurečka the situation has never been so serious. Speaking at Prague’s Žofín Forum on Monday the minister said that the Czech Republic was becoming increasingly dependent on imports of cheap farming products and with a glut in Europe, Czech farmers were finding it almost impossible to compete with dumping price imports.

Many are now selling their goods below production costs and are seeking ways to sell directly to end-consumers. ”For many pork producers it is no longer a question of what price they will sell their pork at, but if they can manage to sell it at all,” the agriculture minister said, adding that he could not recall a crisis of this magnitude. Pork output has been on a steady decline and dropped by another 3.5 percent last year, despite the fact that Czech breeders are already receiving extraordinary support of 600 million crowns annually, half of which is covered by the state budget and half by EU funds.

Not only pork producers are struggling to compete with cheap imports from the EU. Milk and poultry producers also report falling sales figures. Milk prices have been falling due to overproduction in Europe, which was caused by the abolition of milk production quotas as well as by the ongoing Russian embargo on food imports.

Fourteen Czech dairy farms have started delivering their milk directly to end-consumers or are setting up milk vending machines in the bigger cities. A number of poultry farms are also following that example and some now only kill and process chickens on demand.

The Czech Agriculture Ministry is presently considering another financial injection of up to EUR 15,000 for pork and milk producers from the state budget to tide them over. A decision is expected in the coming weeks and any additional support would have to be approved by the European Commission.