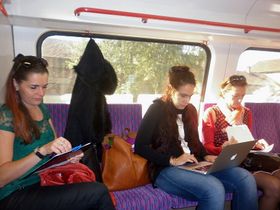 Photo: Zdeňka Kuchyňová The company’s management attributes the rise in passenger numbers to the massive reduction in fares for pensioners and students, which has been in place since September 1. According to Czech Railways’ data, the reduction was used by nearly 40 percent of all the passengers.

Due to the increasing numbers of passenger, Czech Railways have added more seats to their long-distance train connections, especially between the capital and Moravia.

“From Friday to Sunday, when we recorded the highest interest in travel, we increased our capacity by nearly a thousand seats a day,” Michal Štěpán Czech Railway’s board member responsible for passenger transport, told the Czech News Agency.

The massive reduction in public transport fares for pensioners and students was approved in spring of this year. The discount, which was originally set to come into effect in June, was postponed until September 1.

The 75 percent cut is for seniors over the age of 65 and children and students between the age of 6 and 26.

According to Czech railways the re-enforced train connections are set to remain in the new time table, which will come into effect in December. The change concerns mainly the routes from Prague to Ostrava and South Moravia. 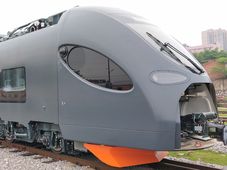