The Czech Republic and the Australian-based metals company, European Metals Holdings (EMH) will sign an addendum to the memorandum on lithium mining in the Czech Republic, the outgoing Minister of Industry and Trade Tomáš Hüner said following talks on Thursday with EMH representatives and the Czech firm Geomet, which holds a prospecting license for natural resources at the Cínovec mining site in the north of the country. 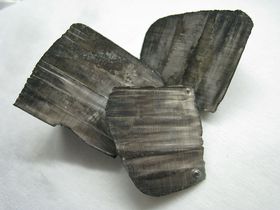 Lithium, photo: Dnn87, CC BY 3.0 The memorandum signed with EMH and Geomet, which is part of EMH, by the former trade minister ahead of October’s general elections caused an uproar in the lower house where opposition deputies and even ANO members of the then-coalition government accused the Social Democrats of selling out the country’s interests.

ANO leader Andrej Babiš, described the memorandum as “daylight robbery”, saying Czechs would be cheated out of billions of crowns by a deal which handed the mining rights to a foreign company.

The Social Democrats countered that the memorandum was a non-committal preliminary letter of understanding, but the opposition Civic Democrats demanded it be scrapped.

Minister Hüner said following Wednesdays talks that the interested parties had clarified their positions on the memorandum, its interpretation as well as the legal implications and would sign an addendum to the document within a week. The minister said he could not reveal what the addendum would contain, saying the ministry had handed over a proposed draft and EMH representatives would take a few days to consider it and make their own suggestions.

He stressed that the right to extract lithium does not stem from the memorandum signed, but from the prospecting license for natural resources at the Cínovec mining site held by Geomet. He said it was not clear whether a Czech state owned company such as Diamo could also mine lithium on the site, saying this was still a matter of debate. 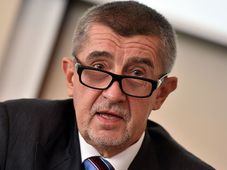