Czech Republic most dependent on industry of all EU states

Of all the members of the European Union, the Czech Republic is the most dependent on industry, with the sector accounting for over a third of the entire output of the economy, Hospodářské noviny writes on Wednesday. 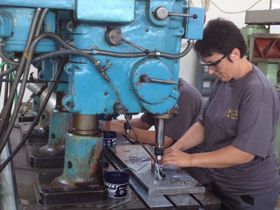 Photo: Vojtěch Berger Remarkably, the structure of the Czech Republic’s economy has not changed that much since the foundation of the independent state in 1993. Industry including construction accounted for 38.5 percent of economic output back then; two decades later it was less than two percentage points lower at 36.7 percent.

(In 2013 services also had a reasonably similar share of the economy compared to 1993. However, agriculture saw the biggest transformation, falling from 4.5 percent to 2.6 percent of total output in the 20-year period.)

The number of workers engaged in industry has declined considerably, from around 1.58 million in 1993 to fewer than 1.38 million in 2013. There has been a particular downswing since the middle of the last decade.

Across the 28 states in the EU, industry’s share of gross domestic product is on the decline and stands at less than a fifth. In the Czech Republic, by contrast, the figure is close to a third.

David Marek, chief economist at Deloitte, told the business daily that the country had had a strong industrial tradition historically, saying that inertia played a major role in the economy. He added that the government had also contributed to the situation through investment incentives.

The economist Petr Dufek of ČSOB bank said that the situation today was not a bad result in view of the alternatives open to the Czech Republic. He said it was unrealistic to imagine IT services, research or tourism serving as the engine of the economy.

One particular area that is acting as a motor is auto production. Last year a record of almost a million and a quarter cars rolled off production lines in the Czech Republic. The level of demand means that a fresh record is likely to be set in 2015, says Hospodářské noviny.

Those car makers (Škoda Auto, TPCA and Hyundai) are all foreign-owned, reflecting the impact that state investment incentives have had on economic development, delivering capital, modern technology and higher productivity.

Whereas in 1993 foreign-owned companies accounted for 3 percent of economic output, in 2013 that figure had increased around tenfold.

While industry’s place in the local economy has not changed much in several regards, there have been number of developments in recent years and the country can no longer be regarded as a centre of assembly, says Hospodářské noviny. 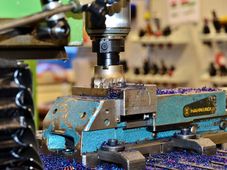 Industrial production in the Czech Republic saw its biggest fall since July 2009 in March, according to official figures released on…