Some 1,500 trade unionists from across the Czech Republic are due to demonstrate in Prague on Tuesday to demand higher wages ahead of tripartite talks. The Czech-Moravian Confederation of Trade Unions (ČMKOS) is due to make public its official wage demands for 2020 and highlight its long-term campaign to end “cheap labour”, ČTK reports. 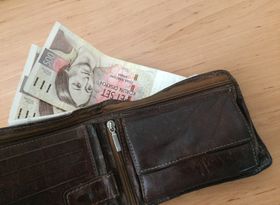 Photo: archive of Radio Prague International ČMKOS, which comprises 30 unions with about 300,000 members, is the largest trade union group in the country. It has called for an 8 percent increase in wages for public sector employees.

The average monthly wage in the Czech Republic rose 7.2 percent in the second quarter to CZK 34,105. Adjusted for inflation, wages increased by 4.3 percent. However, the median wage is just CZK 29,127; two-thirds of employees earn less than the average wage.

ČMKOS says it wants to bring Czech wages closer to the average among older EU member states. Private sector employers argue that the Czech economy is slowing down and any wage growth should be tied to productivity, according to ČTK.

Strong wage growth in recent years has significantly increased business costs and has consequently reduced firms' competitiveness. But this pattern is also visible in other CEE4 countries where wages are growing at a double-digit pace,” Jakub Seidler Chief Economist of ING, Czech Republic, wrote in an analysis.

“The Czech labour market remains tight, however, and wage growth is likely to remain strong this year, with some slowdown expected next year. Another planned increase in the minimum wage or wages in the public sector … will play an important role in 2020 wage growth.”

In August, regional labour offices posted more than 350,000 vacancies, the highest figure in the country’s history. The greatest demand is for less-skilled workers, especially in the construction sector, along with warehouse shift workers, and truck drivers.

“The number of job vacancies to the total number of jobs has been well above the EU average in the Czech Republic, which illustrates the overheating of the domestic labour market,” Seidler wrote.

“Therefore, the current slowdown in the global economy is transmitting into the Czech labour market more slowly than expected, which is still evident by the solid wage growth exceeding 7 percent in 2Q.”

Komerční Banka senior economist Monika Junicke said in an analysis that the slowdown in the Czech economy will probably not be reflected in labour market statistics until next year.

“The lack of workers will remain an important limitation mainly in the construction and services sectors, which will furthermore print in wage dynamics. These should reach on average 6.5 percent this year,” Junicke writes.

“Next year, the labour market will partially ease, the share of unemployed will increase slightly, and wage pressure will lessen. Thus, wage dynamics will decelerate to 5 percent on average.”