Unemployment in the Czech Republic rose in December following a four-month decline, going from 3.5 in November to 3.8 percent. The figure was released on Tuesday by the Czech Labour Office and, despite the rise, is the lowest for the period of December in 20 years. In all, some 280,000 people job seekers were registered. 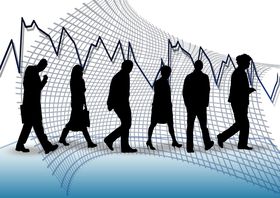 Illustrative photo: Gerd Altmann / Pixabay CC0 Public Domain The number of those seeking employment went up by some 15,000 since November, according to reported. The increase mirrored expert forecasts, which had predicted a jump of around 3.7 to 3.8 percent, the broadcaster wrote. According to the Labour Office, the rise in the unemployment figure was normal at the end of the year.

"The start of winter sees seasonal work wrap up. Many people conclude fixed-term contracts and agreements, such as tradesmen who temporarily discontinue their activity, and register as out of work" Kateřina Sadílková, General Director of the Labour Office of the Czech Republic told the broadcaster.

By the end of December 2017, people who were unemployed for more than 12 months accounted for 33.7 percent of the total number of job seekers, the lowest in December since 2010.

"In the coming months, registered unemployment is likely to stagnate or slightly increase," Mrs Sadílková said.

The largest demand among employers in December was for skilled employees in technical fields. Employers were interested in hiring construction and assembly-line workers, production aids, lorry drivers, welders, but also, for example, chefs and cleaners.