The European Commission has allowed winemakers in the Czech Republic and other EU countries to use sugar to increase the alcohol content in their wine. The decision comes after winemakers complained that due to poor weather conditions this season, the natural content of sugar in grapes would be too low. 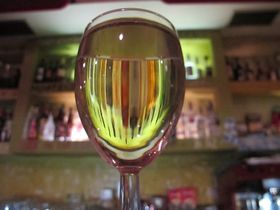 Photo: Kristýna Maková The EU authorities have announced they approved a request from winemakers in the Czech Republic, Austria, Belgium, Germany, France and seven other countries to use sugar in the wine-making process to increase the volume of alcohol in the final product.

Known as enrichment, the adding of sugar to fermenting grape juice is applied when the natural sugar content in the grapes is too low and would inhibit fermentation or greatly diminish the alcohol content in the wine.

The wet and cold summer with a lack of sunshine this year has negatively affected the quality of grapes, diminishing the volume of sugar. In the Czech Republic, some 40 percent of grapes, mainly some of the varieties, had to be harvested early due to a heightened risk of mould.

Winemakers in Moravia as well as many other wine regions of Europe therefore applied for an exception to the rules which limit the amount of sugar that can be added. Moravia is included in the EU’s wine making zone B where up to 3 kilos of sugar can be added to 100 litres of grape juice.

“"I confirm that the request of Czech wine producers to add sugar to this year’s wine harvest has been agreed by the Commission on Wednesday 29 October. The change reflects the unfavourable climate conditions that we have seen this year in several member states," Roger Waite, a spokesman for the EU’s Agriculture Commissioner, Dacian Ciolos, said.

The Czech Winemakers Association has welcomed the decision and greatly appreciated its timeliness. In 2010, for instance, the approval only came in December which was when most of the wine was already made. Even this year, some Czech winemakers decided to go ahead with adding more sugar to the must, hoping the request would be approved, Czech TV reported.

Among the grape varieties most affected by the poor weather conditions this season is Müller Thurgau where sugar content dropped significantly compared to previous years. Other varieties such as Irsai Oliver and Moravian Muscat, have been less influenced.

Poor weather has however also affected the overall volume of the grapes harvested this season. Czech winemakers say they expect to harvest some 30 percent less grapes than last year.