It’s no secret that Czechs make some of the best beer in the world and also that many enjoy beer almost more than any other alcoholic or even non-alcoholic beverage. But habits appear to be changing. Last year, they consumed the least amount of beer in 50 years. 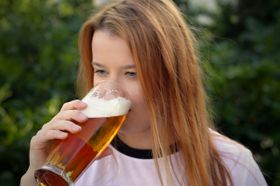 Photo: Pixabay, Public Domain In 2017, the Czech on average drank 138 litres over the course of the year, the lowest consumption in 50 years.

The findings were released by the Czech Beer and Malt Association.

Year-on-year the number of beers per head dropped by ten; one reason is that consumers, more and more, are opting to drink at home that at restaurants or pubs. The drop in beer consumption follows a seven-year period of relative stagnation. Association head František Šámal called the drop significant and confirmed it was the biggest drop in history. Back in 1992, consumption was 162 litres per head, he told Czech Radio, pointing out the biggest drop was in beer on tap.

Last year, the amount of beer consumed from bottles or cans was 62 percent compared to 38 percent on tap, Czech radio reported.

Several factors had played a role when it came to fewer Czechs going out to pubs or restaurants, contributing to a perfect storm: the introduction of electronic cash registers which saw some venues fold and others raise their prices while another factor was the introduction of anti-smoking legislation.